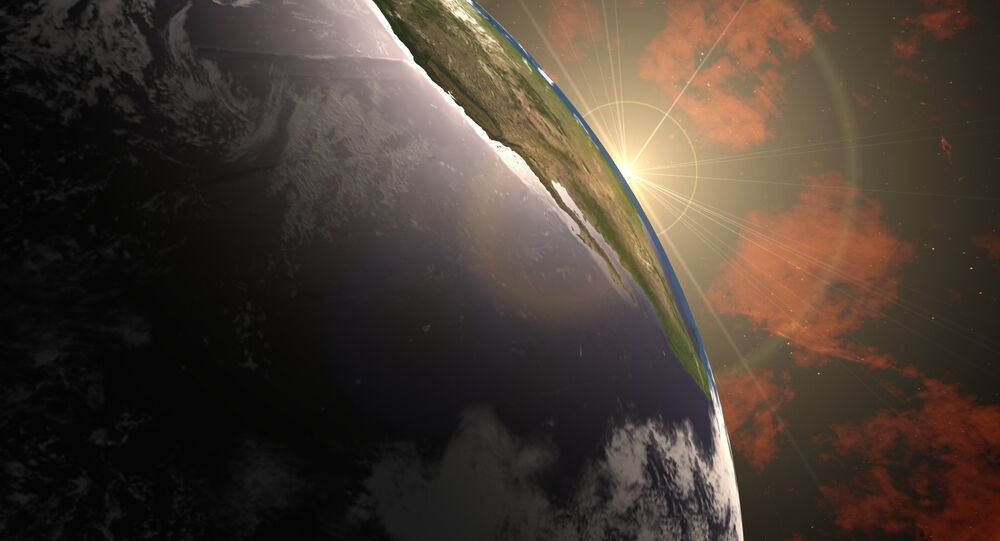 The sun came out of its slumber and unleashed its strongest flare since October 2017 on Friday.

The eruption on Friday was spotted by the Solar Dynamics Observatory operated by the US space agency NASA.

​Flares are classified into three categories: C, M and X, and each category is 10 times stronger than the one beneath it. For example, X flares are 10 times stronger than M flares. Friday’s flare has been categorized as an M-class eruption and did result in a small radio blackout, even though the burst was not pointed at Earth. It was followed by a C-class flare around three hours later. NASA officials have said that the larger flare could be an indication that the solar cycle is becoming more active.

According to NASA, sunspots are areas that appear dark on the sun’s surface because they are cooler than other parts. These spots usually have very strong magnetic fields. Solar flares, on the other hand, are the “sudden explosion of energy caused by tangling, crossing or reorganizing of magnetic field lines near sunspots.” These flares release substantial amounts of radiation into space. Sometimes, the explosion of energy is so powerful that it can even impede radio communications on Earth.

The sun’s magnetic field goes through a process known as the solar cycle: approximately every 11 years, its north and south magnetic poles switch places.

“As the Sun moves through its natural 11-year cycle, in which its activity rises and falls, sunspots rise and fall in number, too. NASA and NOAA [National Oceanic and Atmospheric Administration] track sunspots in order to determine, and predict, the progress of the solar cycle — and ultimately, solar activity. Currently, scientists are paying close attention to the sunspot number as it's key to determining the dates of solar minimum, which is the official start of Solar Cycle 25. This new sunspot activity could be a sign that the Sun is possibly revving up to the new cycle and has passed through minimum,” NASA wrote in its May 29 news release.

The agency also noted that it takes at least six months of solar observation and sunspot-counting to determine if the sun has passed through a minimum and is starting a new cycle.

“Because that minimum is defined by the lowest number of sunspots in a cycle, scientists need to see the numbers consistently rising before they can determine when exactly they were at the bottom. That means solar minimum is an instance only recognizable in hindsight: It could take six to 12 months after the fact to confirm when minimum has actually passed,” NASA explained.