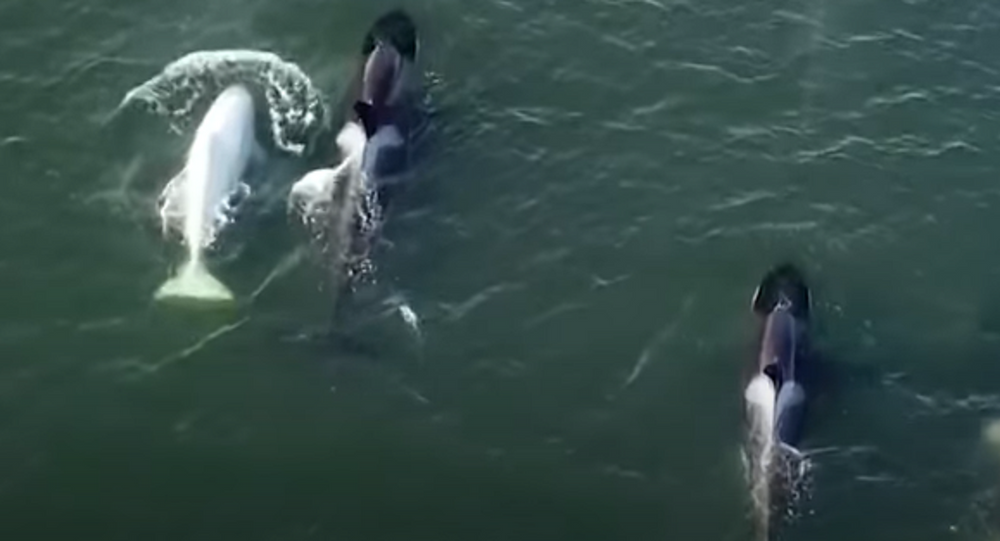 A male, gray orca has been spotted in Puget Sound, an inlet of the Pacific Ocean in Washington state.

According to the National Geographic, orcas, which are also known as killer whales, “are the largest of the dolphins and one of the world’s most powerful predators.” The mammals are usually distinguishable by their black and white coloring.

Howard Garrett of Orca Network spoke to the Seattle Times and explained that the gray orca, which is only 2 years old, differs from other orcas only in terms of its color. He spotted the animal on April 7 at Holmes Harbor.

The gray whale is a member of a pod of transient orcas known as the T46Bs, the Seattle Times reported. The gray orca is officially known as T46 B1B, but he has been nicknamed TI’uk, which is a Coast Salish word that translates to “moon.”

“He stands right out,” Garrett, who recently photographed the animal, told the Times. “I don’t know that there is anything different about him or his family. He seems to be the right size for his age, and traveling with them, perfectly normal behavior. But he sure glows really bright.”

“It is great to see that guy, just amazing,” Garrett added about Tl’uk, who looks white in the dark green waters of the Puget Sound. “There is a certain mystical quality.”

“They are powerful, graceful, beautiful beings and to see them right below your feet!” Garrett added.

Orcas are meat and fish eaters, and transient ones typically hunt seals, sea lions and other marine mammals. The National Geographic notes that orcas make distinctive, communicative sounds, using echolocation to communicate with others in their pod.

While transient orca populations are healthy thanks to a 1972 US federal ban on marine mammal hunting, southern resident orcas could soon become extinct due to pollution, boat and ship noise interfering with their hunting, and dwindling availability of chinook salmon, which they typically eat, the Seattle Times reported.

You Got Bamboozled: White Dolphin Likes to Pester Seagulls

Mysterious Dolphin-Like Sea Creature Washes Up On Beach in Mexico

Hundreds of Dead Dolphins Wash Up on French Beaches - Reports

First Ambulance for Dolphins to Start Operating in Crimea This Summer