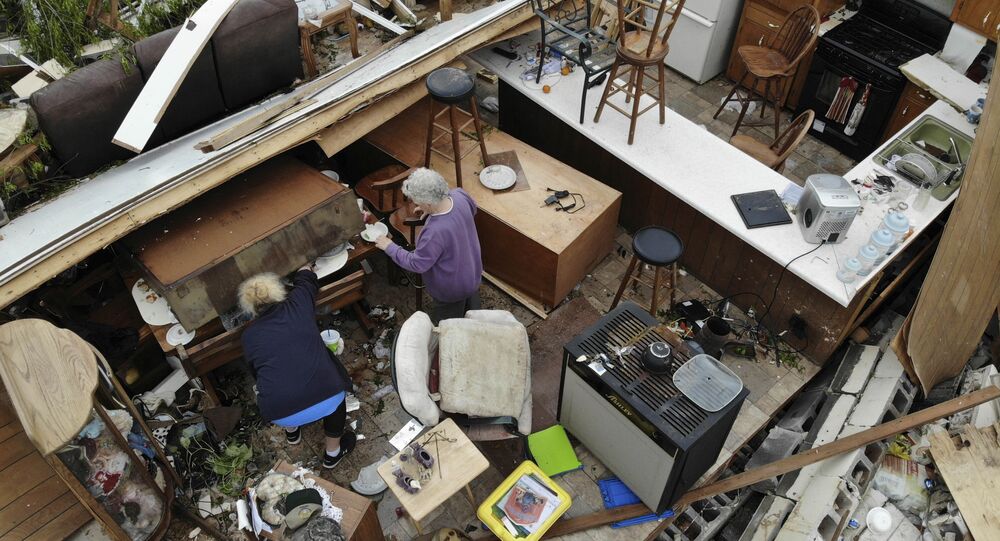 Strong winds and severe weather conditions swept through the US’ Northeast Monday, one day after multiple tornadoes and storms ripped through the Southern US and killed at least 32 individuals.

The US National Weather Service (NWS) reported earlier Monday that the coastal Mid-Atlantic into southeast New York and a portion of southern New England would be facing severe thunderstorms.

​“A few strong to severe storms with hail and wind gusts are also possible over northern Florida this afternoon and again later tonight,” the NWS reported. “An increase in storm coverage is expected later tonight as deeper ascent accompanying an upstream impulse over the western Gulf approaches this region. These storms may also support a risk for a few instances of damaging wind and hail.”

​In the hours that followed initial warnings from officials, trees and power lines were toppled across the New York City tri-state area after powerful wind gusts blew through the area. High winds of around 70 mph were also reported in New Jersey and Delaware, according to Weather.com.

“We have strong winds and heavy rain coming our way on Monday, New York City, so it’s really simple: if you do not need to be outside tomorrow then STAY HOME.”

​As a result of the severe weather, around 15 million people along the East Coast across Delaware, Maryland, New Jersey and central and eastern Pennsylvania were placed under tornado watches.

​High wind warnings have also been issued from northeastern North Carolina and southeastern Virginia to coastal Maine, as well as for portions of the eastern Great Lakes and the Appalachians, Weather.com reported. Cities affected by those warnings include Boston, Philadelphia, Cleveland, Buffalo and the New York tri-state region.

There were at least 40 reports of tornadoes starting on Easter Sunday across Texas, Arkansas, Louisiana, Mississippi, Alabama, Georgia, Tennessee and the Carolinas, Weather.com reported.

​In Chattanooga, Tennessee, at least 150 homes and buildings were damaged, according to a report by the Guardian, while in Arkansas, one person was killed after a tree fell on their home in White Hall, the Jefferson County Department of Emergency Management confirmed Monday. Other storm-related deaths occured in South Carolina, Georgia, North Carolina, Tennessee, Mississippi and Alabama.

US President Donald Trump addressed the devastation during the White House Coronavirus Task Force briefing Monday, telling reporters in the room that his administration is doing “everything possible to get those communities back on their feet.”