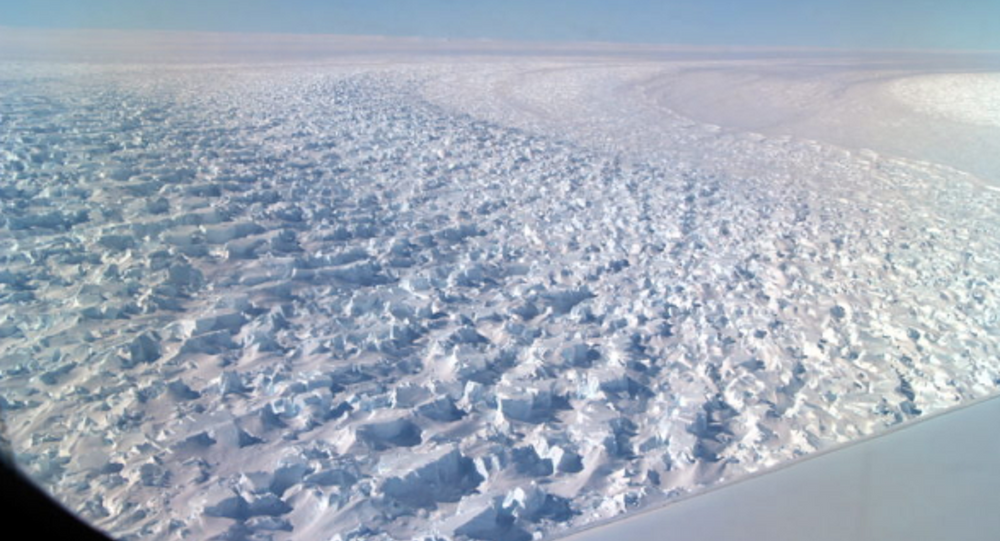 East Antarctica’s Denman Glacier has retreated almost 3 miles in the past 22 years and, if completely thawed, would cause sea levels worldwide to rise by almost 5 feet.

In a report published Monday in the American Geophysical Union journal Geophysical Research Letters, the researchers concluded that the Denman Glacier lost around 268 billion tons of ice between 1979 and 2017.

Using radar interferometer data from the Italian Space Agency, the researchers determined the glacier’s grounding line and found that it had retreated.

According to AntarcticGlaciers.org, “the point [beneath the sea surface] at which [glaciers] start to float” is known as the grounding line.

If a glacier’s grounding line is retreating, that means that more ice is floating. In this particular case, the grounding line has not only retreated but moved down a slope into the canyon where the glacier is located.

"Differential synthetic aperture radar interferometer data from 1996 to 2018 showed us a marked asymmetry in the grounding line retreat at the ice sheet's land-sea interface," Virginia Brancato, a NASA scientist who was the lead author of the study, told Phys.org.

The researchers also exposed a major vulnerability in the glacier: a subsea trench more than 2 miles deep which is a “potential pathway for the ocean to infiltrate deep into Antarctica’s center,” the Washington Post reported.

“The configuration of the bed of the glacier makes this one of the weakest spots in East Antarctica,” Brancato told the Washington Post. “If I have to look at East Antarctica as a whole, this is the most vulnerable spot in the area.”

"Because of the shape of the ground beneath Denman's western side, there is potential for rapid and irreversible retreat, and that means substantial increases in global sea levels in the future," Brancato added, Phys.org reported.

Unknown Viruses From Earth's Ancient Past Found in Tibetan Glacier