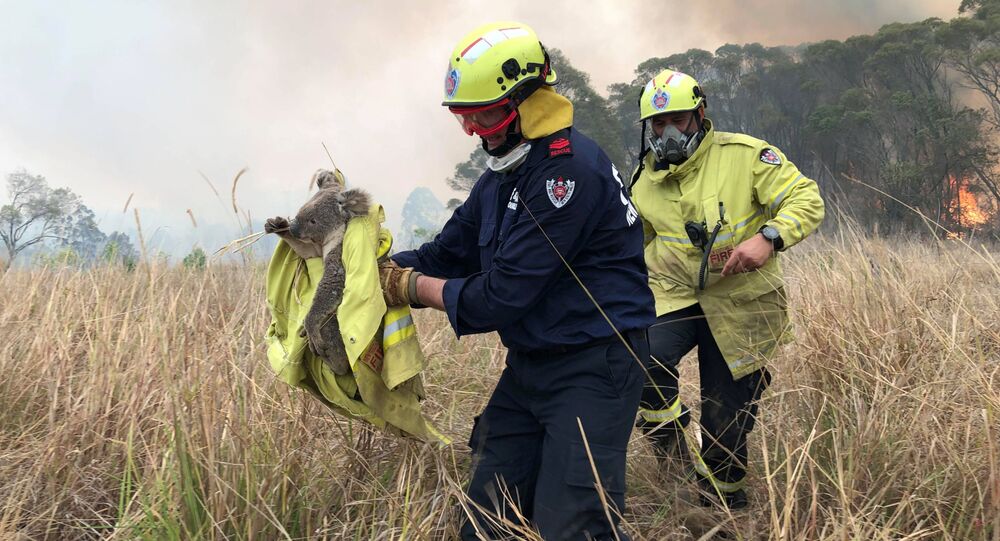 Australia's Department of Agriculture, Water and the Environment on Tuesday announced it has identified 113 species that require “emergency intervention” due to the dangerous bushfires that have ravaged the country since September.

According to a release on the government’s website, most of the animals on the list have had at least 30% of their ecosystem burned, with some having far more of their natural habitats destroyed. The list currently includes 13 bird, 19 mammal, 20 reptile, 17 frog, five invertebrate, 22 crayfish and 17 fish species.

“The fires have covered an unusually large area, and, in many places, they have burnt with unusually high intensity. Some species were considered threatened before the fires, and the fires have now likely increased their risk of extinction. Many other fire-affected animal species were considered secure and not threatened before the fires, but have now lost much of their habitat and may be imperiled,” the release explains, also noting that conservation action will need to be taken to protect these species.

The koala is one of the animal species listed as requiring emergency intervention by the Australian government. In December, Australian Environment Minister Sussan Ley said that 30% of the koalas in the mid-north coast of the country’s New South Wales state had been killed during the bushfires, the Guardian reported.

A February 2020 report in the journal Biological Conservation also found that the platypus, another animal endemic to eastern Australia on the government’s list, is currently listed as “near-threatened” by the International Union for Conservation of Nature (IUCN). According to the IUCN, this classification refers to a species that may be threatened with extinction in the near future.

Other animals on the list include the Kangaroo Island dunnart, the red-browed treecreeper, the western ground parrot and the Parma wallaby.

In January, ecologists at the University of Sydney estimated that nearly half a billion animals, including reptiles, mammals and birds, have been wiped out by Australian bushfires since September.

Despite the fact that the bushfires have burned down more than 10 million hectares of land since September, torrential rain across Australia’s east coast during recent days has extinguished some of the longest-burning fires in New South Wales.

“This is the most positive news we’ve had in some time,” the New South Wales Rural Fire Service tweeted Monday. ”The recent rainfall has assisted firefighters to put over 30 fires out since Friday. Some of these blazes have been burning for weeks and even months.”