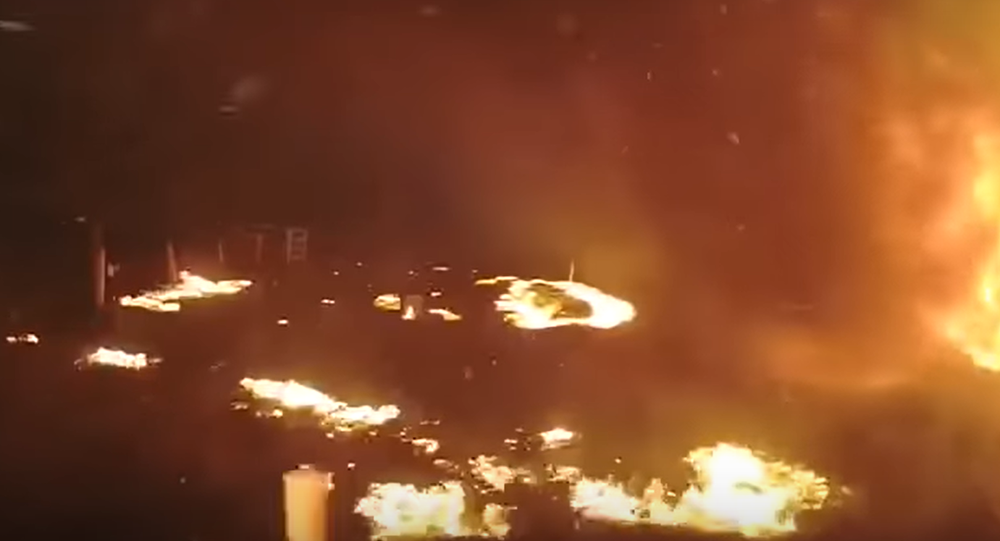 A new video released online shows a raging Australian bushfire burning down an area in a village in New South Wales in just minutes, barely giving the firefighting crew at the scene enough time to escape the inferno.

In the video, which was posted on the Dunmore Rural Fire Brigade’s Facebook page earlier this month, firefighters can be seen setting up to put out a blaze in Tomerong, a village in the South Coast region of New South Wales. Within seconds of the firefighters escaping the scene, thousands of embers and dark smoke plumes are seen covering the area. The footage, which was captured by a dash camera on a truck that was left behind, shows the fire viciously engulfing the surrounding area at a tremendous speed.

According to Mashable, the camera could continue to film the fire because the truck carrying it had a cabin protection system that sprays the truck with water.

"People are reminded to adhere to the warnings when given from the appropriate services as this is not a pleasant place to be when a fire impacts at any time, especially at short notice," the Dunmore Rural Fire Brigade wrote in the video description.

Australia has recently seen its worst bushfire season in decades, with large parts of the country affected since it began in late July. At least 30 people have died nationwide, and over 1 billion mammals, birds and reptiles are estimated to have perished. The bushfires across Australia are believed to have burned down around 48 million acres, according to a report by the Guardian.