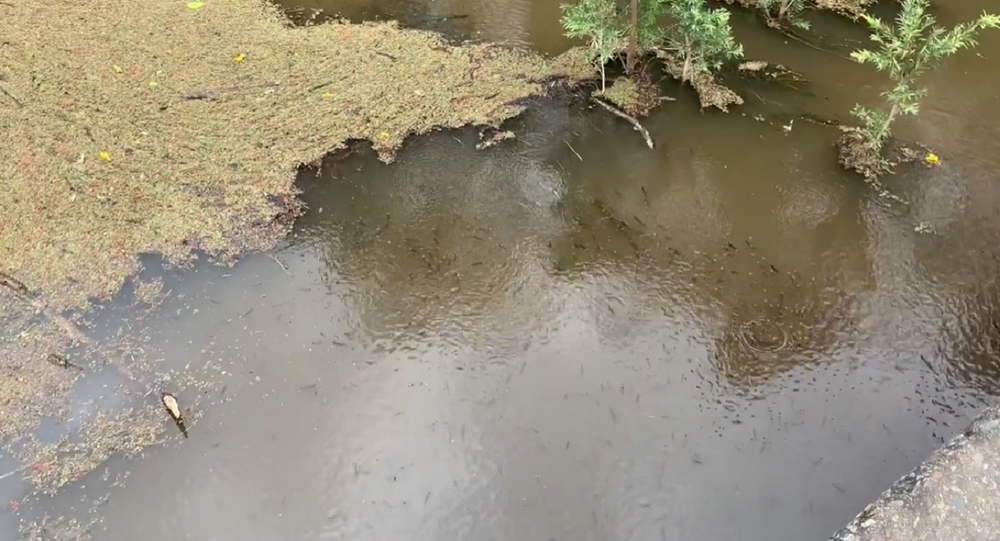 Thousands of fish are dead after severe thunderstorms in Australia this week washed bushfire ash into the Macleay River, located in the Northern Tablelands and Mid North Coast districts of the New South Wales state.

The wildfires raging in southern Australia have killed upwards of half a billion animals, but the arrival of blaze-extinguishing heavy rains earlier this week did not herald the end of mass animal deaths. According to fisheries experts, a mass fish kill took place in a 60 to 70 kilometer stretch of the river near Bellbrook in the Kempsey Shire of New South Wales when ash from the charred forests was swept into the waterway by the deluge.

"It'd be in the hundreds of thousands," Arthur Bain, who lives near the river, told the Australian Broadcasting Corporation (ABC), referencing the number of fish around Bellbrook that have died.

"Talking to other locals further up the river, the fish kill stretches possibly 60 kilometers from where the Apsley River feeds into the Macleay system, to well past Bellbrook. It's pretty devastating if you're looking at a 60-kilometer stretch of river. It's left mud and rotten fish, so we've got quite a smell issue at the moment,” Bain added, also noting that it could take years for the river’s ecosystem to be restored.

The New South Wales Department of Primary Industries (DPI) said that it has received calls about mass fish deaths his week.

"DPI fisheries staff have been on high alert for these circumstances since the commencement of the bushfire season," a DPI spokesperson confirmed to ABC.

"Current rainfall events are adding ash from the extensive bushfires throughout the region into local catchments, as well as other organic material and sediment. This can cause rapid drops to oxygen levels in the water," the spokesperson continued.

Some Bellbrook locals reportedly tried to re-oxygenate the river using pumps and hoses after first noticing the dead fish.

Thunderstorms delivered heavy rain to parts of Australia from the states of Victoria into Queensland on Thursday. More rain is expected throughout the weekend, especially across eastern New South Wales and Queensland.

Although the much-needed rain is providing some temporary relief amid the wildfire crisis, the heavy rainfall could also cause flash flooding, according to meteorologist Sarah Scully of Australia’s Bureau of Meteorology. The Victoria State Emergency Service has already released several photos showing damage caused by the storm, as well as by sinkholes resulting from it.

​Some parts of Melbourne received as much as 3 inches of rain Thursday, while more than 10,000 homes and businesses lost power in New South Wales due to the storms. The New South Wales Rural Fire Service tweeted Thursday that even though the “rain won't extinguish all fires, it will certainly go a long way towards containment."