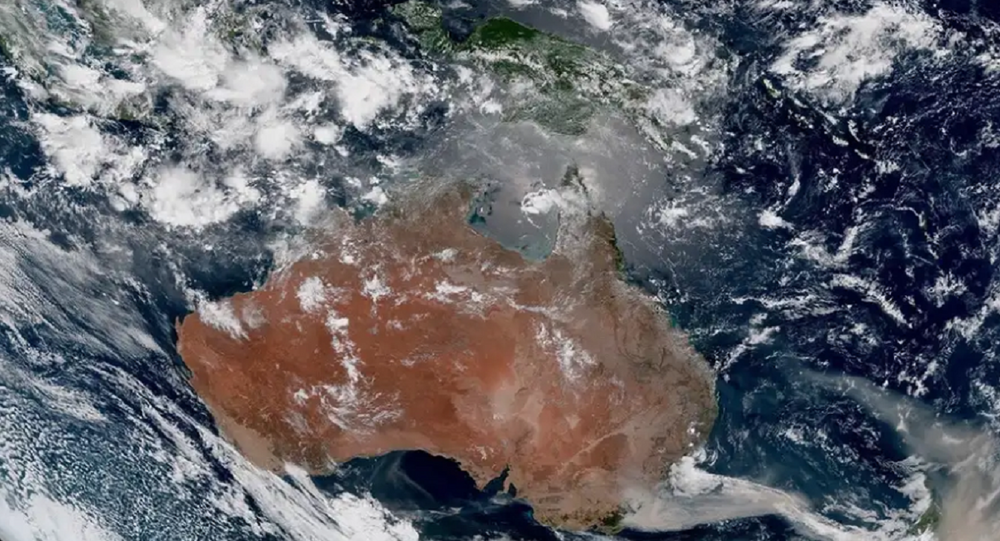 A satellite image released Thursday by the Japan Meteorological Agency shows thick plumes of smoke coming from the ongoing Australian bushfires, which have destroyed at least 1,200 homes and scorched at least 14 million acres of land since September.

The image was taken by the Himawari-8 satellite, which was launched from the  Yoshinobu Launch Complex Pad 1 at Japan’s Tanegashima Space Center back in 2014. The weather satellite, which orbits about 22,300 miles above Earth, entered operational service in 2015.

​Although bush fires are common in Australia, experts believe that arid conditions fueled by climate change have exacerbated the blazes this year. In a statement released this week, ecologists at the University of Sydney estimated that nearly half a billion animals in the country have been wiped out by bushfires since September.

Despite the fact that the fires have been ongoing for months, there doesn’t appear to be an end in sight.

Extremely dangerous conditions are expected by the end of the week, with the weather forecast for Saturday predicting temperatures over 40 degrees Celsius. On Friday, the New South Wales government declared a week-long state of emergency, as thousands desperately attempt to flee their homes for safety. So far, at least eight people have died and at least 17 others are missing as a result of the fires.

​In addition, the fires and associated smoke and dust have resulted in extremely high air pollution in the country. Last month, the particulate level in Sydney’s air was around 50 micrograms per cubic meter of air, which is much higher than the 12 micrograms per cubic meter of air threshold that’s been determined as safe by the US Environmental Protection Agency. Fine particulate matter consists of microscopic solids and liquid droplets in the air that are small enough to be inhaled and even absorbed by the bloodstream, according to the World Health Organization.