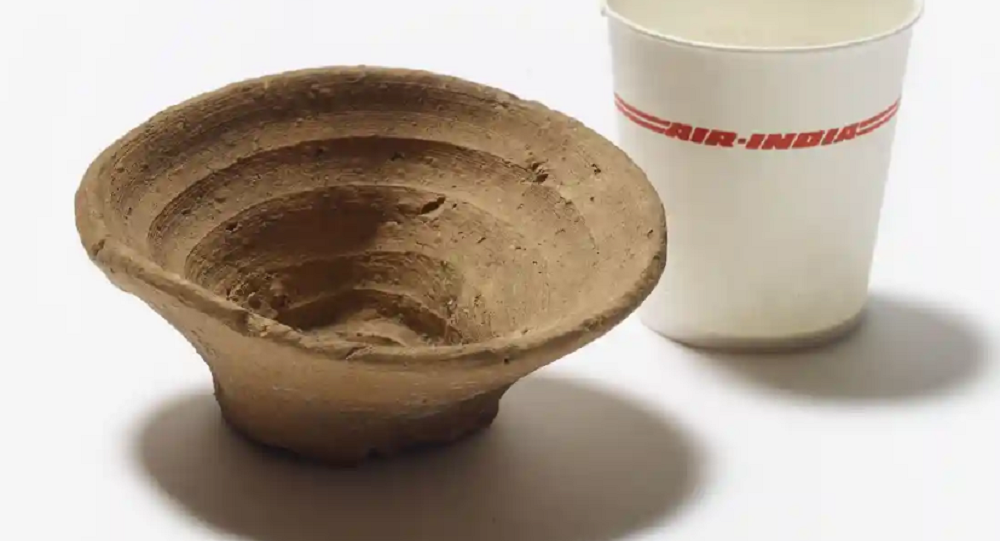 What is believed to be the first ever single-use cup in history will be displayed at the British Museum in London later this month as part of its “Rubbish and Us” display.

The 3,600-year-old cup was made by the Minoans, one of the first sophisticated civilizations in Europe that existed from 2000 BCE to 1500 BCE on the eastern Mediterranean island of Crete.

​The cone-shaped cups made out of clay have been found by archaeologists in many places on Crete, especially in Knossos, the largest Bronze Age archaeological site on the island. Experts believe that the vessels, which were designed to hold wine in particular, were used during feasts before being disposed of.

"People may be very surprised to know that disposable, single-use cups are not the invention of our modern consumerist society, but in fact can be traced back thousands of years," Julia Farley, a curator at the British Museum, is quoted as saying by the Telegraph.

"The elite were showing off their wealth and status by throwing these great big parties, feasts and festivals. People were getting together in large groups, and much like today, nobody wants to do the washing up."

Although it might seem bizarre to use a ceramic cup only once, clay was “readily available, cheap to acquire and easy to mold,” Farley explained. However, just like plastic, “clay stays in the ground for many, many years,” she pointed out.

As plastic pollution continues to increase, environmentalists have warned against the continued use of disposable products, but only 14 countries so far have banned single-use plastics. In May, the governments of 187 countries agreed on a new UN accord with the goal of limiting the export of unsorted plastic waste.

However, the United States under the administration of US President Donald Trump will not participate in the move to add mixed plastic to the Basel Convention, the treaty that regulates the transfer of hazardous materials between borders. Under the 1989 treaty, exporters must receive consent from the governments of importing nations before shipping them contaminated, mixed and unrecyclable plastic waste.