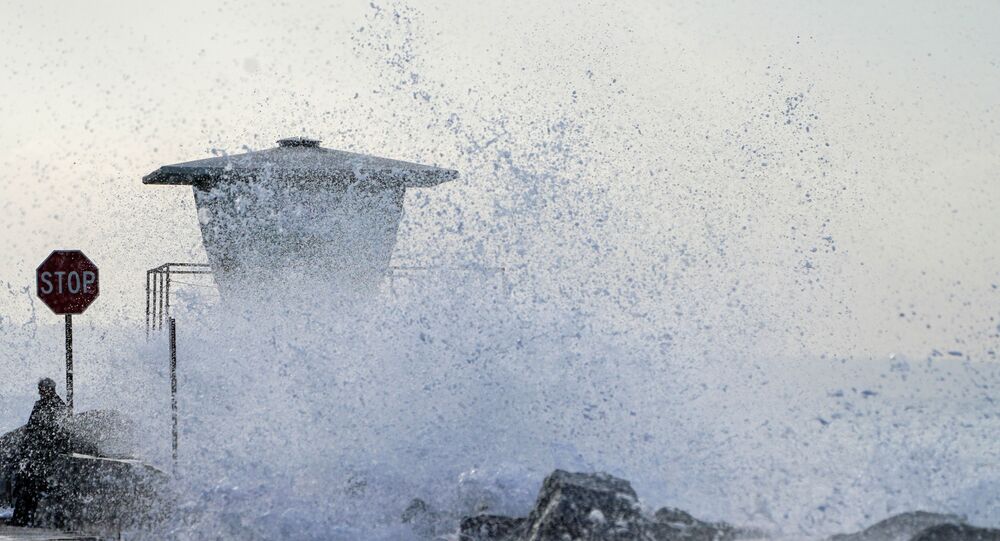 A 75-foot-tall wave was recorded about 20 miles off the coast of California’s Cape Mendocino on November 26, becoming the largest wave ever recorded off of the state’s coast, according to scientists at the Scripps Institute for Oceanography of the University of California San Diego.

"Waves of that size usually only occur far out at sea where the wind has been blowing across a big area," James Behrens, the principal development engineer and manager for Scripps’ Coastal Data Information Program, is quoted as saying by the San Francisco Gate. "The only other station in the network that measured a wave this large is deployed 800 miles off the coast of Washington."

Cape Mendocino is roughly 200 miles north of San Francisco.The average height of waves there typically doesn’t surpass 10 feet during the winter months, but this one happened during a winter “bomb cyclone” - an intense storm created by a process called bombogenesis - that hit Oregon and Northern California around Thanksgiving.

According to the US National Ocean Service, bombogenesis occurs when a “midlatitude cyclone rapidly intensifies, dropping [air pressure] at least 24 millibars over 24 hours.” On radar, it can appear a bit like a hurricane, with similar effects for those in its path.

"The cyclone really deepened and strengthened quite a bit and the wind behind the cyclone really amplified the waves," said Josh Whisnant, a forecaster with the US National Weather Service. “We had gusts over 50 mph over the water associated with the event. That churns up the ocean and builds the wave height even more,” he added.