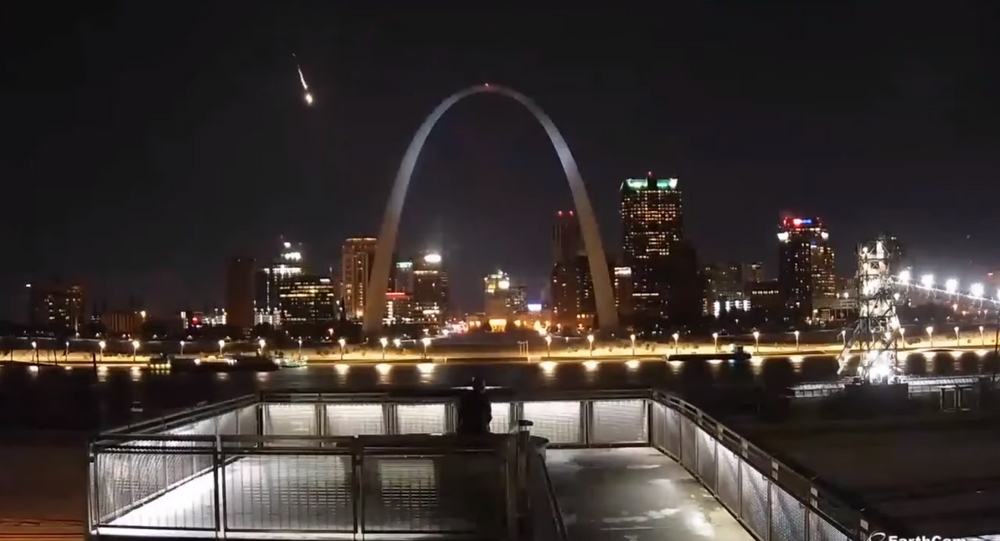 Hundreds of local residents across the US state of Missouri were given front row tickets to a meteor show late Monday after a flaming rock streaked across the nighttime sky.

Local news station KMOV reported that the jaw-dropping meteor was spotted “from Columbia to St. Charles County and into St. Louis County and south St. Louis City,” before disappearing into the night over Wellsville.

Reports of a fireball, which a bright, slow-moving meteor, began to emerge at roughly 8:45 p.m. local time, with some residents reporting that the flashing rock was accompanied by the sound of a loud boom.

According to the American Meteor Society, more than 120 reports were submitted about the late Monday show. Aside from Missourians, the non-profit scientific organization indicated that the fireball was also witnessed by residents of Indiana, Illinois, Kansas, Minnesota, Nevada, Nebraska, Oklahoma and Wisconsin.

​Officials have indicated that the fireball was likely the result of the Taurid meteor shower, which was at its peak late Monday.

"The Taurids are rich in fireballs, so if you see a Taurid it can be very brilliant and it'll knock your eyes out, but their rates absolutely suck," Bill Cooke, a NASA meteor expert, told Space.com. "It's simply the fact that when a Taurid appears it's usually big and bright."

The next event that could provide sights of a fireball will take place between the night of November 17 and morning of November 18, when the Leonid meteor shower is due, according to Missouri station KSKD. The station further noted that residents in Arizona, Utah, Nevada, Idaho, the Dakotas and Montana, among others states, may be able to catch a sight of the event.

Fireballs Dubbed ‘Tears of Biblical Saint’ to Reach Their Peak, Lighting up Sky

Video: Fireball Lights Up Sky Across Large Parts of California