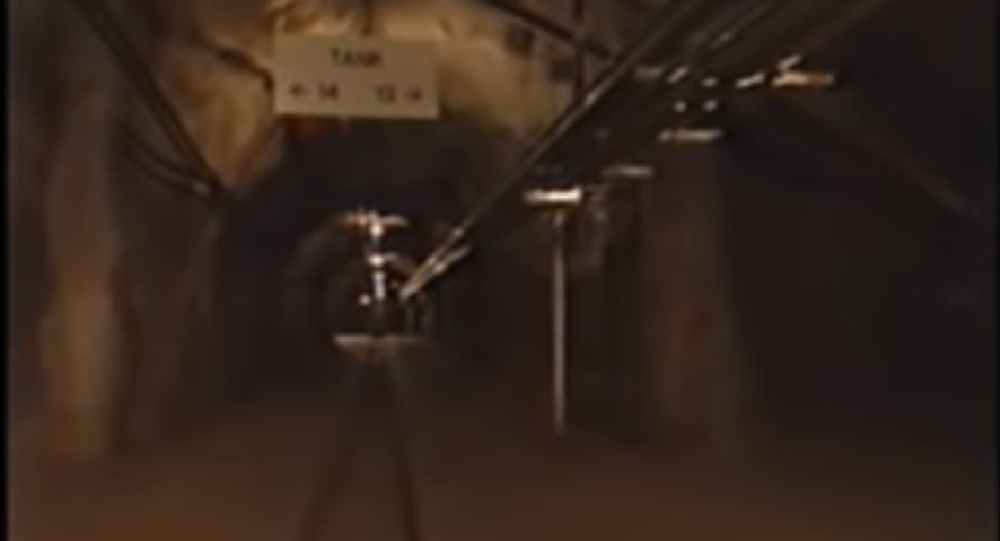 The US Navy is facing increasing pressure to either fix or abandon its leaky, enormous underground fuel tanks on the Hawaiian island of Oahu, which place the island’s drinking water in danger. However, the tanks are surrounded by solid rock, limiting possible solutions.

Cut into the side of Kapūkaki, a mountain known in English as “Red Hill,” are 20 enormous fuel tanks placed by the US Navy in 1942 for feeding its ships, submarines and aircraft. The tanks are surrounded by solid volcanic rock, intended to protect them from Japanese attack during World War II; however, Hawaiians now fear the same rocks that made the tanks bombproof might also have made them fix-proof.

The tanks are leaking fuel, and the Navy is rushing to come up with a solution. If the service can’t plug the leaks, it must either abandon the tanks completely or risk poisoning the water of Hawaii’s capital and largest city, Honolulu.

On Thursday, the Honolulu City Council’s public infrastructure, technology and sustainability committee passed a resolution asking the US Environmental Protection Agency and Hawaii Department of Health to reject a proposal by the US Navy to minimize leaks from the Red Hill tanks, arguing the measures will be inadequate to protect the city’s water supply, the Honolulu Star-Advertiser reported.

A proposal drawn up by the US Navy and Defense Logistics Agency in September would have the service coat the insides of the tanks and cut down on nozzles, which tend to be the leakiest parts of the system, as well as increase the frequency of testing on various parts of the system. This, the agency says, is “the best available practicable technology” for securing fuel at the site.

Instead, locals want another tank to be placed inside of the existing tanks. "We have an opportunity here to prevent contamination — tank-within-a-tank is the best solution," Erwin Kawata of the city Board of Water Supply told AP. "If that is unfeasible, the fuel should be removed and relocated away from the groundwater."

A 2015 administrative order of consent signed by the Navy, EPA and Hawaii Health Department set a deadline of 2037 for the upgrades, which the Navy has since requested the EPA extend to 2045. If the service can’t finish its work by then, the tanks must be emptied by that time.

However, local environmental groups aren’t satisfied. Sierra Club Hawaii notes the system sits just 100 feet above the Southern Oahu Basal Aquifer, which supplies drinking water to more than 400,000 Hawaiians. In 1987, the EPA called the aquifer the “principal source of drinking water” for Oahu, noting that “if contaminated, would create a significant hazard to public health.”

Demands for a fix come in the wake of a fuel leak in 2014 that released 27,000 gallons of jet fuel from one of the tanks, causing petroleum-based chemicals to show up in groundwater monitoring data. The Sierra Club notes that since the tanks were completed in 1942, at least 200,000 gallons of fuel are believed to have leaked into the surrounding environment.

Jodi Malinoski, one of the Sierra Club’s policy advocates, said at an October 17 public hearing in Honolulu that the Navy had “chosen the least protective, least costly and least ambitious option,” saying the only solution was for the Navy to move the tanks to another location, according to Stars and Stripes.

The holes for the 250-foot-long, 100-foot-wide tanks were cut between 100 and 175 feet below the surface of Red Hill, and the entire facility can hold 250 million gallons of fuel. However, since the holes were cut just big enough to fit the vessels, any kind of treatment of the outside of the tanks is virtually impossible.

Capt. Marc Delao, regional engineer for Navy Region Hawaii, lamented at the October 17 meeting that the "technology does not currently exist" for a better containment system, much less one that is fiscally responsible. The Pentagon has spent $162 million improving Red Hill since 2015, with another $256 million to be spent over the next five years.

“I can understand how the Navy would want to hold onto something that they have; it’s wonderful, great,” she said. “However, we only have one aquifer. We live on an island. We don’t have a choice.”