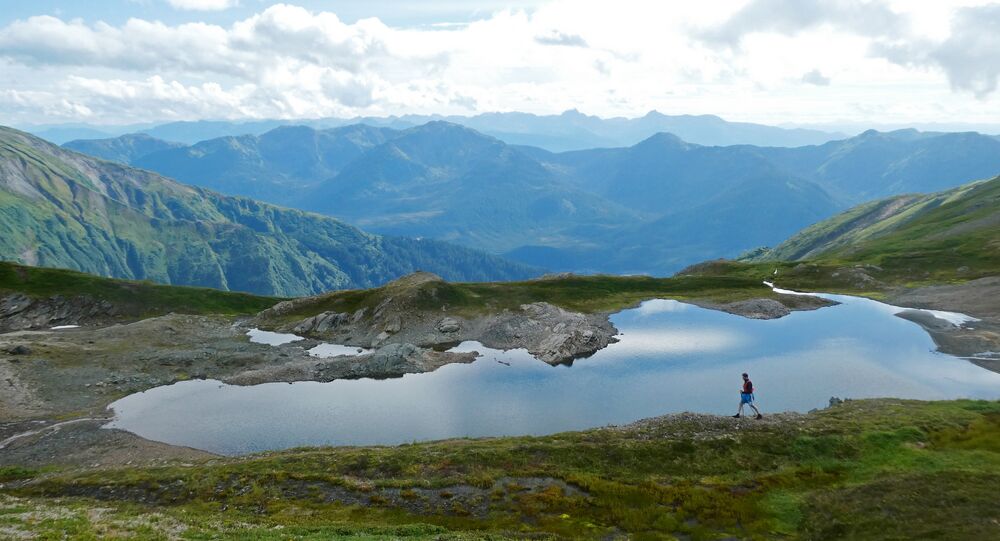 Permafrost in the Arctic is thawing at such a rate that it could within just a few years double the amount of greenhouse gases released from organic matter long frozen in the ground, according to a new study.

"As the temperature of the ground rises above freezing, microorganisms break down organic matter in the soil," Merritt Turetsky, the research chair at the department of integrative biology at the University of Guelph, in Ontario, Canada, wrote in a co-written article published in the journal Nature.

Permafrost, which consists of soil, rock, sediment and ice, is replete with carbon due to the decayed organic material from dead plants, animals and microbes that have built up in the ground over tens and in some cases hundreds of thousands of years.

The permafrost is thawing so rapidly that it is "dramatic to watch," state the authors in their report.

"Returning to field sites in Alaska, for example, we often find that lands that were forested a year ago are now covered with lakes. Rivers that once ran clear are thick with sediment. Hillsides can liquefy, sometimes taking sensitive scientific equipment with them," the study adds.

"Permafrost at [that] depth, even 100 years from now, probably would still be protected in the soil," Turetsky recently told CBC. "Except, here comes this really crazy liquefaction where this abrupt thaw really churns up this stuff."
According to projections, a rapidly increasing permafrost thaw will release around a minimum of 200 billion tonnes of carbon over the next 300 years, states the study, which adds, however, that the 200 billion figure could be a "vast understatement."

Abrupt permafrost thawing releases stored carbon in a much shorter amount of time, releasing vast amounts of methane, a greenhouse gas with some 30 times the efficiency of carbon dioxide at trapping heat.

To better understand the ongoing permafrost thaw, researchers recommend improving the technologies used to measure permafrost and carbon across the Arctic as a means to "establish baselines of permafrost and ecosystem change against which future measures can be compared."

In addition, the researchers recommend increased involvement by both national and international interests in monitoring sites such as rivers, where aquatic and marine measurements can to be taken to monitor how organic matter is responding to the thaw.

Additional field measurements that measure how much carbon dioxide and methane is being released into the atmosphere must now be collected more frequently. New Earth-system models, that predict key processes and thaw dynamics, must also be built, they argue.

"We can't prevent abrupt thawing of permafrost. But we can try to forecast where and when it is likely to happen, to enable decision makers and communities to protect people and resources," according to the report.

"Reducing global emissions might be the surest way to slow further release of permafrost carbon into the atmosphere. Let's keep that carbon where it belongs — safely frozen in the stunning soils of the north," notes the study.