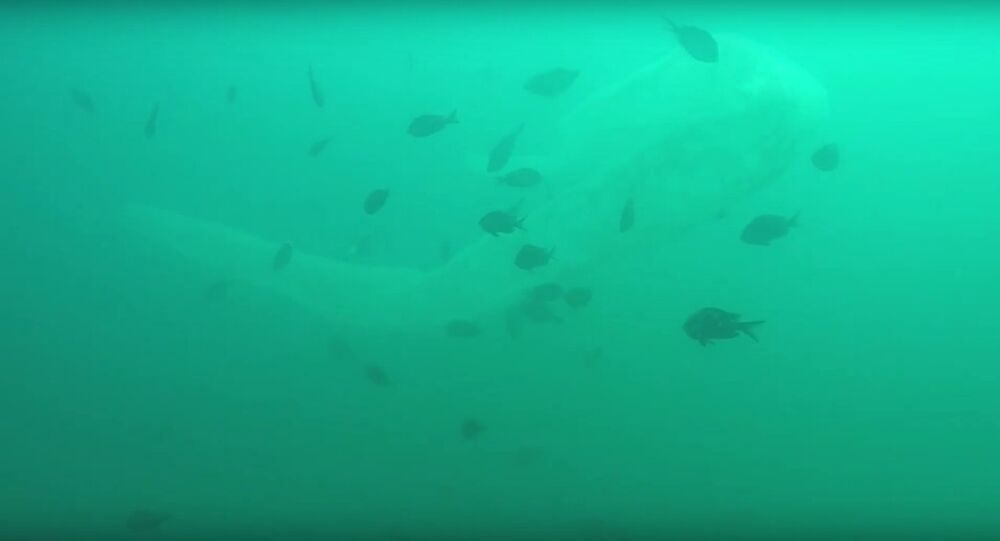 The strange-looking creature turned out to be a pyrosome, a floating colony of billions of sea squirts which is rarely encountered in shallow waters.

A diver named Ben Laurie had a run in with an enigmatic creature off the coast of New Zealand’s North Island.

The encounter occurred when Laurie and his friend were returning to the surface after diving for kingfish.

"It did look almost like a big condom. It was 10 metres long and almost half a metre wide, and it was just flowing with the tide," the diver said.

According to the video’s description on YouTube, the creature is believed to be a pyrosome, a "floating colony comprising billions of sea squirts".

As Laurie noted, these creatures are a rare sight in shallow waters, because "apparently they only come from depths of 2,000 metres".