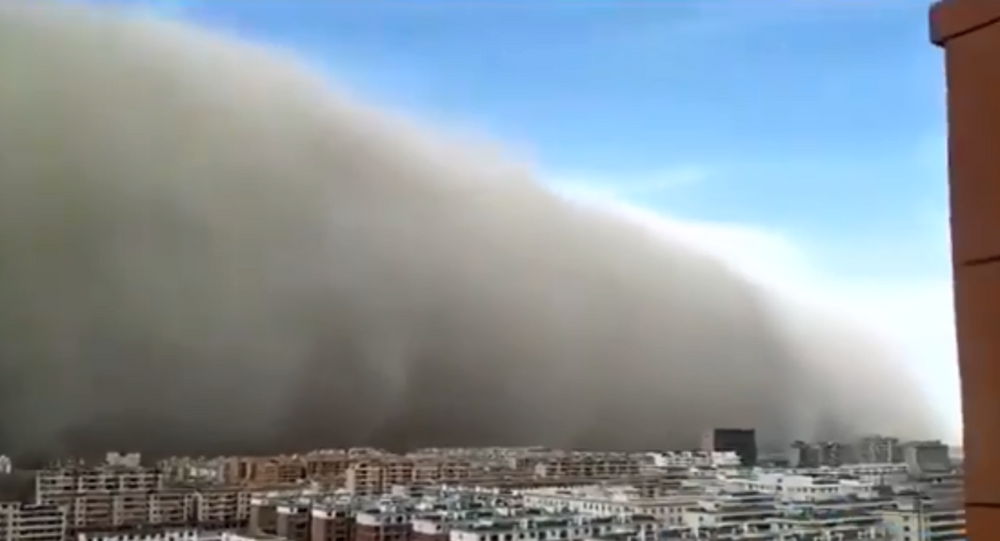 A massive sandstorm enveloped the northwestern Chinese city of Zhangye on Sunday, forcing residents to stay indoors as others were left stuck in traffic when a grey wall of sand came rolling through the Gansu province.

Photos and video footage shared on social media show the sand storm encroaching on the city at roughly 4 p.m. local time, completely darkening what was once a bright blue sky. According to the South China Morning Post, the sand wall measured an estimated 100 meters in height.

​"The dust storm reached when I was just walking out of my home, so I ran back and stayed at home for the rest of the afternoon," Wu Ping, a retiree living in the city, told Bloomberg. "I could not see anything through my window."

"Visibility was very low," he stressed, adding that dust storms tend to take place in the area during the spring, not winter.

"This is probably the worst dust storm I have seen in 10 years."

​Over in China's capital city of Beijing, the air quality wasn't much better, as locals on Monday sported protective face masks due to increasing levels of smog. Per Bloomberg, the concentration of small particulate matter in the air measured at about 328 µg/m3, which is the worst reading the city has experienced in more than a year.

​"The air is so bad that everyone is literally wearing masks everywhere," Cedric Wang, a Beijing-based investment banker, told Bloomberg. "I'm even wearing one in the office, as our newly installed ventilation system doesn't seem strong enough to offset the pollution."

Citing Xinhua, AFP reported that a sandstorm is expected to engulf Beijing as well in the coming days.