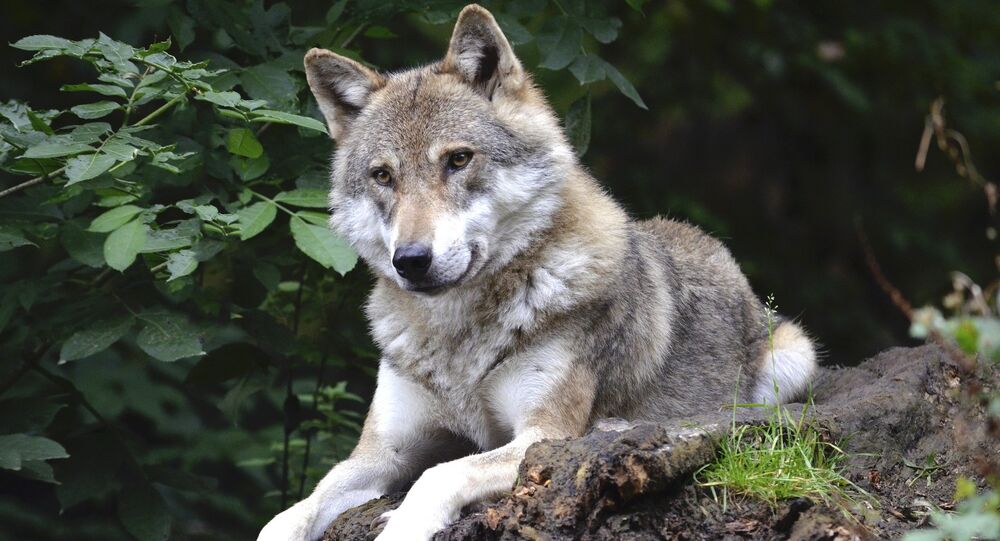 A mummified wolf and caribou will be displayed in Dawson City, Canada for the rest of the month and will later join an exhibit at the Yukon Beringia Interpretive Centre in Whitehorse.

The remains of the wolf cub, believed to be more than 50,000 years old, were found by miners in 2016. According to authorities in Yukon, the miner who found the corpse at first mistook it for a dog.

"To our knowledge, this is the only mummified ice age wolf ever found in the world," Yukon government paleontologist Grant Zazula told CBC.

Had the pleasure of spending the evening with #NeilLoveless who found this mummified 50-80 thousand year old wolf pup near #DawsonCity. It’s on display there along with a mummified caribou at #DanojaZho Cultural Centre. Amazing story. pic.twitter.com/GhFLfHlhSF

The wolf was in perfect condition due to the frost, with its fur and tail intact. According to scientists, it could be from 50,000 to 80,000 years old.

"It's beautiful, the fur, it's got the cute little paws and tail and the curled upper lip showing its teeth. It's spectacular," Zazula added.

The scientists also found a frozen caribou calf from the same period; however, it was not as well-preserved as the wolf, with only the front part of the corpse preserved.

Analyzing the fur and diet of the animals, researchers will be able to determine the exact period when they lived and also specify more information on the latest ice age.

Ice Age Fashion: World's Only Mammoth Hat is on Sale in Russia