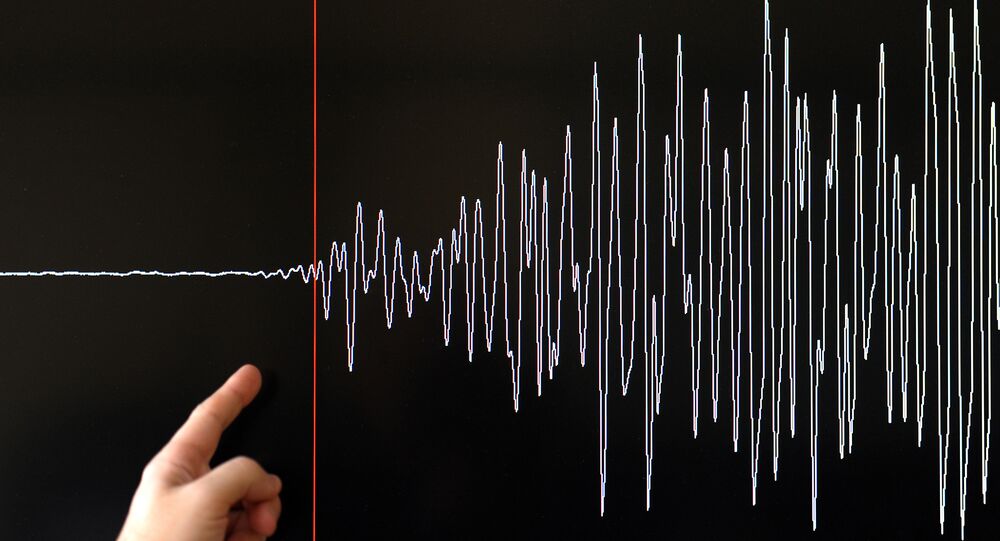 PETROPAVLOVSK-KAMCHATSKY (Sputnik) - An earthquake measuring 5.9 on the Richter scale hit on Monday in the Okhotsk Sea off the coast of Russia's Kamchatka Peninsula, the local office of the Russian Academy of Sciences told Sputnik.

"The seismic activity occurred on Monday at daytime. The epicenter was located in the Okhotsk Sea 14.4 kilometers [9 miles] about 100 kilometers to the west of the Palana settlement," a representative of the office said.

© Sputnik / Tatyana Lukyanova
Strong Earthquake Rocks Alaska - USGS
According to local emergency services, the quake was not felt in residential areas of the peninsula.

Previously this year, another earthquake with 5.8-magnitude struck the Far Eastern Kamchatka Peninsula, according to the Geophysical Survey of the Russian Academy of Sciences. There were no reports of destruction or casualties caused by the earthquake back then.

Earthquakes with magnitude under 6 but above 5 according to the Richter scale are considered moderate and may cause some damage to poorly constructed buildings and usually felt by everyone.