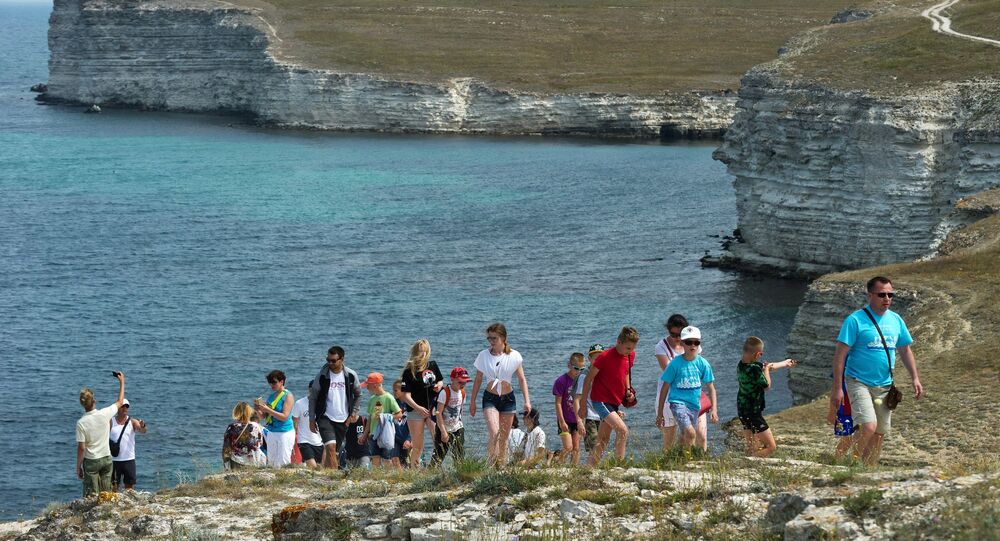 New research reveals that worldwide tourism accounted for a staggering 8 percent of global greenhouse gas emissions in 2013. In addition, tourism’s global carbon footprint increased from 3.9 to 4.5 gigatons of carbon dioxide between 2009 and 2013.

The findings, which were published Monday in the journal Nature Climate Change by researchers at the University of Sydney, evaluated the spending habits of people who traveled to 160 countries.

"Our analysis is a world-first look at the true cost of tourism — including consumables such as food from eating out and souvenirs — it's a complete life-cycle assessment of global tourism, ensuring we don't miss any impacts," said Dr. Arunima Malik, one of the authors of the study, Reuters reported.

"This research fills a crucial gap identified by the World Tourism Organization and World Meteorological Organization to quantify, in a comprehensive manner, the world's tourism footprint," Malik added.

Emissions from tourism, including flights, hotels, goods and even souvenir production, were highest in the US, China, Germany and India. The industry is expected to have emitted a total of 6.5 billion tons of carbon emissions by 2025.

The biggest contributor to emissions from tourism were airline flights. Shopping and food industries are other major contributors.

"We recommend flying less and staying Earth-bound where possible, e.g. use public transport," Malik told Reuters in a recent email.

In fact, tickets would have to be much more expensive to compensate the harmful effects caused by greenhouse gas emissions produced from burning jet fuel in order to invest in low-carbon technologies.

"If I flew from Melbourne to the UK return, I would pay at least an additional $425 to offset my emissions; for a return trip between Sydney and Brisbane, about $45 extra," said Professor Manfred Lenzen, who also contributed to the study, Reuters reported.