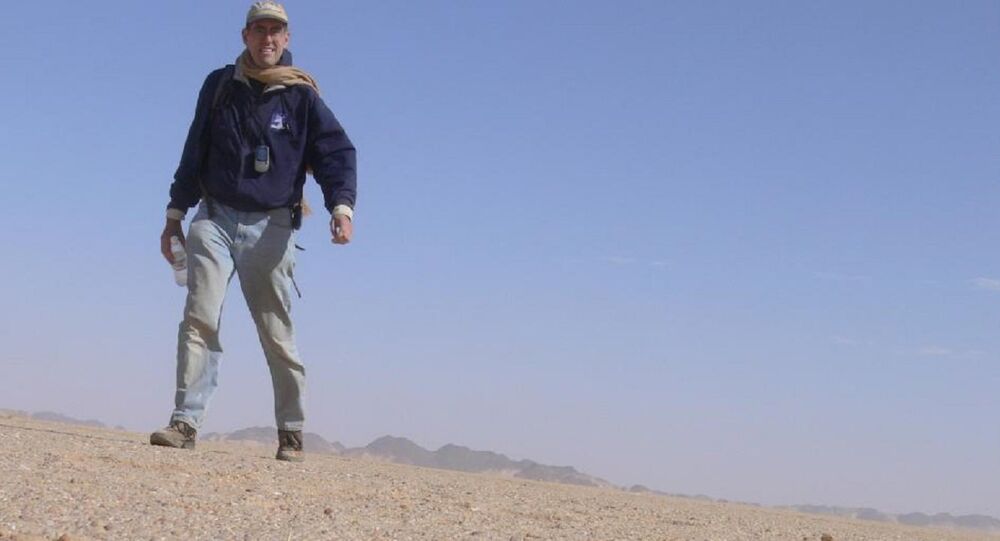 An asteroid that exploded above the Nubian Desert in Sudan October 7, 2008, may have contained relics of the history of a large planet that might have been destroyed - in our solar system.

The clue? Pieces of the meteor recovered from the scene weren't just typical tiny space rocks, but diamonds. Those diamonds are believed to have formed billions of years ago inside the now-absent planet's inner core. The gems contained compounds such as chromite, phosphate, and iron-nickel sulfides, which is typical of diamonds found on Earth — but these compounds have never before been discovered on any extraterrestrial body, according to a study conducted by scientists at the Swiss Philippe Gillet's lab at École Polytechnique Fédérale de Lausanne, in conjunction with fellow researchers in France and Germany.

At the dawn of our solar system, 4.57 billion years ago, the sun had multiple planetary embryos surrounding it. Some merged, creating some of the planets currently occupying our solar system, while others crashed and burned into the sun or moved on to other parts of the galaxy.

"Many planetary embryos were Mars-sized bodies, such as the one that collided with Earth to give rise to the moon," an April 18 statement from the University on the study, published the day before, reads.

The 13-foot-wide asteroid that carried these clues exploded 23 miles above the Earth's surface, but its remnants proved valuable, not because diamonds are expensive, but because they were, so to speak, goldmines of information.

When scientists swept the desert for fragments of the asteroid, the miniscule diamonds were found inside of them, but scientists were left to grapple with the question of how, or perhaps why, they were there.

"Current thinking is that these tiny diamonds can form in three ways: enormous pressure shockwaves from high-energy collisions between the meteorite ‘parent body' and other space objects; deposition by chemical vapor; or, finally, the ‘normal' static pressure inside the parent body, like most diamonds on Earth," the statement says.

The study noted that diamonds in the meteorite would require pressures larger than 20 gigapascals to form, an extremely intense level of force that humans can only attain with specific kinds of explosions, according to Live Science. "This level of internal pressure can only be explained if the planetary parent body was a Mercury- to Mars-sized planetary ‘embryo,' depending on the layer in which the diamonds were formed," the statement says.

The study authors said that their research "provides convincing evidence that the ureilite parent body was one such large "lost" planet before it was destroyed by collisions some 4.5 billion years ago."

Observe the Earth in 360-Degree-VIDEO From International Space Station