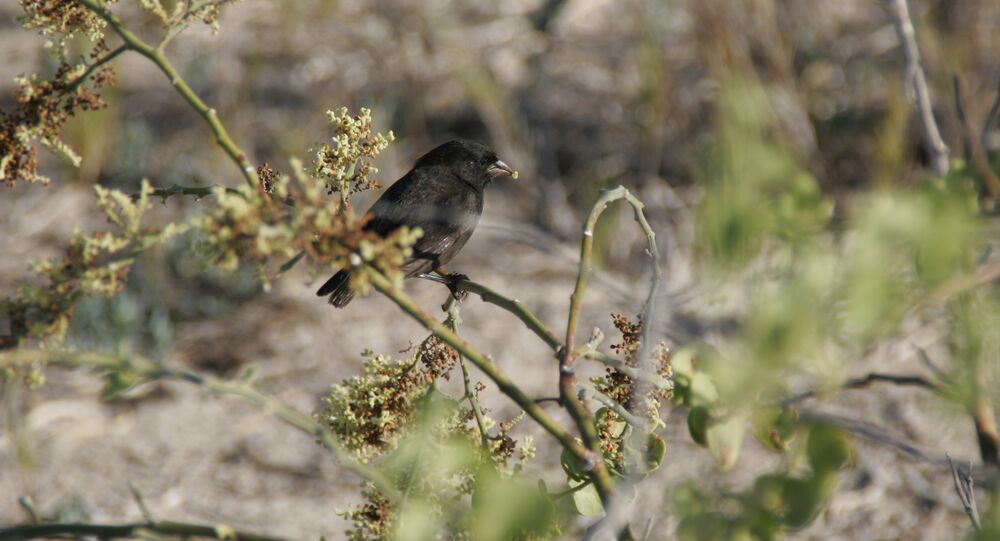 A Bird's Story: How to Get Lost in the Pacific and Create Entirely New Species

In an incredible story, one bird got lost at sea and ended up creating an entirely new species on a remote island in the Pacific, shocking the science community.

On a remote island called Daphne Major in the Galapagos chain, back in 1981, a team of researchers noticed a strange bird that didn’t look like anything typically found on the island. It was larger than and built differently to the few bird species that were already living there, according to a report published in Sciencemag.org.

The bird also sounded different, so it was clear that it wasn’t from Daphne Major, but its origins were unknown. The scientists caught and tested the bird’s blood and to their shock realized that the bird was a hybrid of two different species of birds.

It all started with one brave finch that decided to explore other islands and flew off to find a new mate among the native finch species on Daphne Major. That resulted in offspring that was a mix of two birds. These new unnamed birds were called simply Big Birds because they were larger than the native species.

© Photo : Youtube/BeastFromMiddleEast
Hundreds of Unsettled Birds Flee the Coast as Ireland Gets Whipped Up by Ophelia
However, when these Big Birds reached maturity they couldn’t find mates because they couldn’t repeat the song of the native finches; they were also different in size and that prevented them from attracting partners.

They did manage to attract each other, and that interbreeding resulted in more and more Big Birds on the island. Today, six generations later, these hybrids are their very own established species.

It was later discovered that the original “lost” male was a cactus finch that had originated from a neighboring island over 60 miles away called Espanola, Sciencemag.org reported.

This incredible case gave scientists insight into how new species can form much faster than was previously imagined.

For the Birds: New Zealand to Wipe Out All Non-Native Pests on Island

Dead Dove Do Not Eat: Man Arrested for Smuggling Asian Birds to US in Suitcase