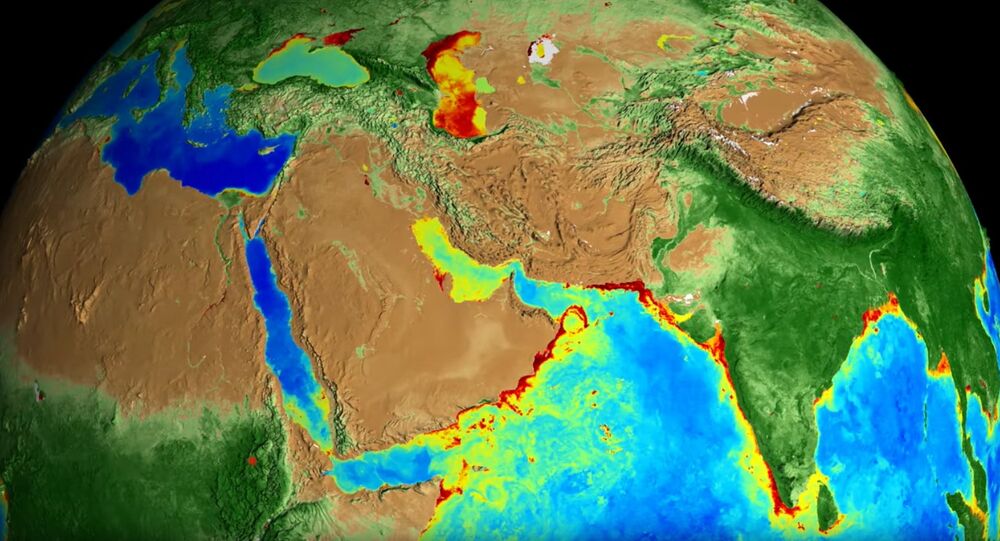 Detailing 20 years of constant satellite observation, the flora of the planet on land and at sea is clearly seen to cycle between cooler and warmer seasons, giving the rhythm of the video a breathing effect.

​"These are incredibly evocative visualizations of our living planet," noted oceanographer Gene Carl Feldman at NASA's Goddard Space Flight Center in Greenbelt, Maryland, according to Space.com.

"That's the Earth,' he added, "breathing every single day, changing with the seasons, responding to the sun, to the changing winds, ocean currents and temperatures."

Most of the data is gleaned from NASA's SeaWiFS (Sea-Viewing Wide Field-of-View Sensor) satellite, which continuously monitored algae blooms on surface of the planet's oceans, as well as information supplied by the space agency's Terra, Aqua and Suomi NPP weather satellites.

Using data gleaned from observations of rising sea surface temperatures, NASA researchers have been able to show that phytoplankton growth is becoming increasingly impeded, indicating that less carbon dioxide — the greenhouse gas most responsible for runaway climate change — is being absorbed by the microorganisms.

"The space-based view of life allows scientists to monitor crop, forest and fisheries health around the globe," according to NASA.

"As NASA begins its third decade of global ocean and land measurements, these discoveries point to important questions about how ecosystems will respond to a changing climate and broad-scale changes in human interaction with the land."