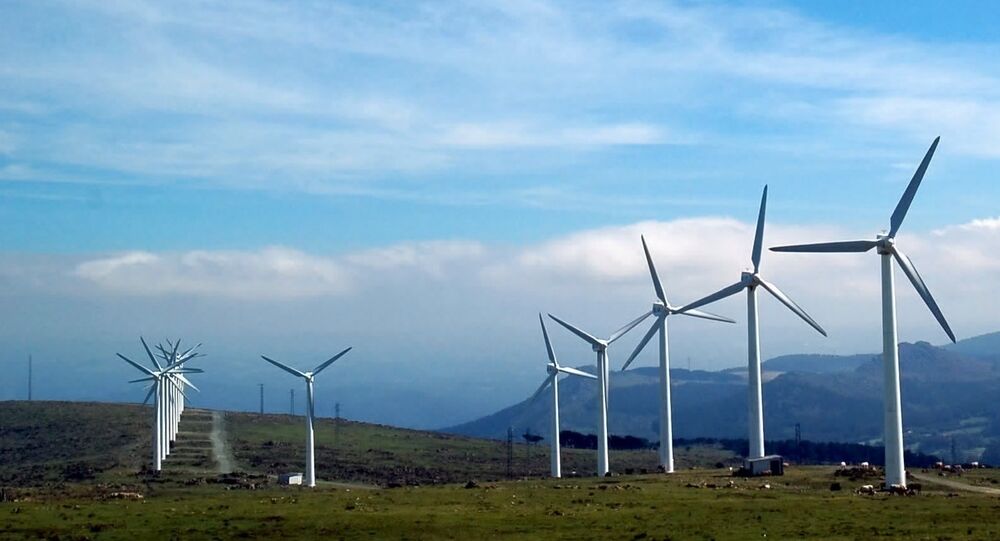 The director-general of the International Renewable Energy Agency has said that the countries with large reserves of oil and gas, are taking more and more steps to increase investments in renewable energy and the share of such energy sources in their electricity mix.

MOSCOW (Sputnik) — There are a number of initiatives uderway in order to generate energy via renewables in the Gulf States, such as the Saudi $50-billion plan to generate 9.5 gigawatts of solar energy or the Vision 2030 plan to diversify the economy or the United Arab Emirates' (UAE) project to open a nuclear power plant (NPP), the IRENA official added.

"We are seeing very interesting new momentum in highly carbon economies, which are investing quite ambitiously in renewable energy generation, as we oblige harmonizing their electricity mix," Amin, who is the Global Energy Prize International Award committee member, told Sputnik.

According to the IRENA chief, Riyadh's Vision 2030 plan aimed at diversification of the country's economy and reduction of dependency on hydrocarbons is rather "courageous," but at the same time it is "achievable."

"I think that is an important step, because every country has to charge its own path to energy security. Energy security is a sovereign responsibility. And I think everybody looks at it from that perspective. So for that perspective the UAE looks at the opportunity of nuclear power generation as an opportunity to decarbonize electricity mix, but at the same time have energy security from diversified sources," Amin said, speaking about the Emirati NPP and adding that the UAE had also a number of projects related to the solar energy.