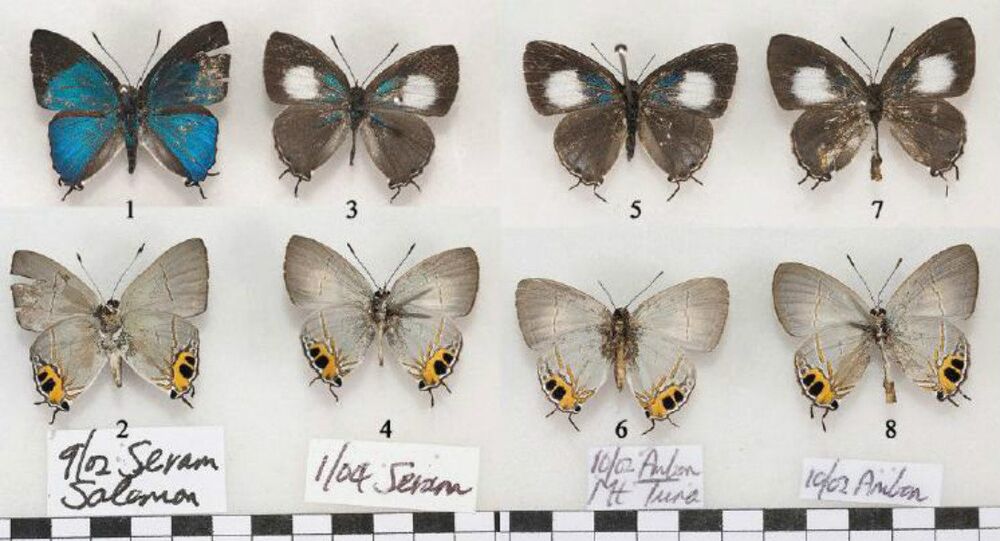 A conservation area will be set up on Bolshoi Ussuriysky Island in the Russian Far East to protect world’s rarest butterfly, Hypolycaena divina asahi, which only lives on the island.

Hypolycaena divina asahi might be world’s rarest butterfly. Bolshoi Ussuriysky Island near the city of Khabarovsk in the Amur Region in the Russian Far East is the only native range of this butterfly from the Lycaenidae family.

The special conservation area to protect this beautiful and fragile creature will be created later this year, the environmental organization Zapovednoe Priamure (Precious Amour Land) announced on Friday.

Bolshoi Ussuriysky Island is a sedimentary island at the confluence of the Ussuri and Amur rivers. It has been divided between Russia and China since 2008, in accordance with an agreement between the governments. China calls the island Heixiazi. Both countries plan to create tourist zones on the island.

“Lycaenidae Native Range” will become the first conservation area in the Russian part on the island.

In 2016, a team of experts from Zapovednoe Priamure conducted a comprehensive study of the territory allocated for the conservation area. Vladimir Dubatolov, a Doctor of Biological Sciences who has specialized in local butterflies since 2003, stressed the necessity of preserving the unique grasslands of Bolshoi Ussuriysky Island, home to 470 species of butterflies, the report says.

According to the organization, the 2016 expedition to the island also discovered a a species of Nolidae moth that had not been recorded previously.