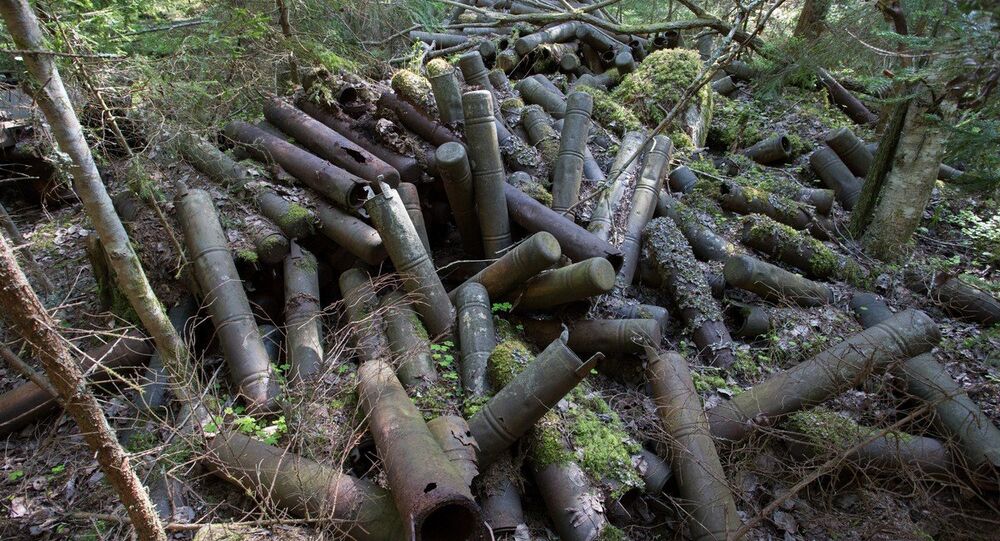 BOLSHOI TYUTERS (Sputnik), Alexander Mosesov — The international Russian-German expedition aims to find the remains of fallen German and Soviet World War II soldiers. Over 120 remains of German soldiers are currently on the islands, according to the VDK.

"Deutsche Volksbund [VDK] members have arrived and are ready for work," Khutorskoy said.

The main goal of the expedition is to locate and exhume the remains of German and Soviet soldiers who were not properly buried before reburying them, according to Khutorskoy.

The remains were found by the RGS in 2015, the expedition head said, adding that the graveyard was found after examining World War II-era photographs.

"Our main goal is to remind our compatriots that the fallen have no nationality. Respect to those fallen in the second world war is the cornerstone of the first joint Russian-German expedition," he stated, noting that the Russian Defense Ministry agreed to help the VDK and the RGS.

The expedition is the fourth carried out by the RGS to the Gulf of Finland islands, and is sponsored by the Russian Defense Ministry and the Leningrad Region administration. Some 100 Russian servicemen and 20 units of military equipment are taking part in the expedition. Work on Gogland will concentrate on ecological aspects, while volunteers and journalists on Bolshoi Tyuters will also deal with the exploration of new locations.

Russian Destroyer Sunk a Century Ago Found in Gulf of Finland