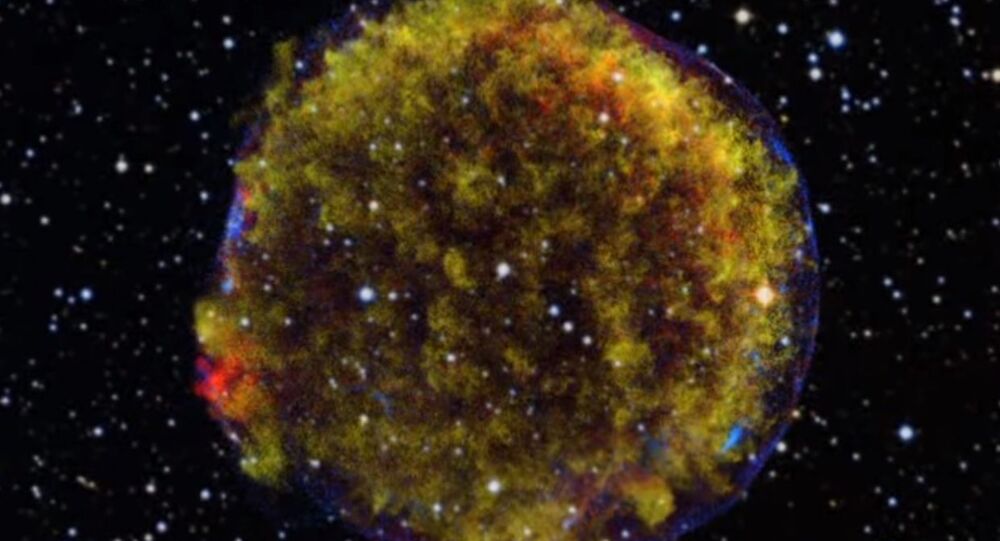 X-ray and radio observations of the remnant of the "Tycho" supernova, the explosion of a white dwarf star which was recorded in 1572, show that the remnant is still expanding today.

© Flickr / Blondinrikard Fröberg
Scientists Unearth 11th Century Persian Scholar's Supernova Surveillance
Danish astronomer Tycho Brahe was one of those who observed the explosion of a white dwarf star in 1572. It was so bright it was visible during the day, to the naked eye.

Brahe wrote a book about his extensive observations of the event, which resulted in the supernova being named after him.

Recent observations by NASA's Chandra X-ray telescope and the Very Large Array (VLA) of radio antennas in New Mexico show that the expansion is still continuing to this day, 444 years later.

NASA astronomers have combined the X-ray data with some 30 years of observations in radio waves with the VLA to produce a movie, using three different images.
© NASA . ESA/Arizona State University
Feel the Burn: Recently Exploded Supernova Bombards Earth With Cosmic Rays
They have also published a paper describing the newly-obtained observations of Tycho's remnant, including details such as speed of the remnant's blast wave.

This varies in speed in different locations round the remnant because of differences in the density of gas surrounding it, but the blast wave has a maximum speed of about 19.3 million km (12 million miles) per hour.

'Star of Death': The Sun Could Destroy Moon, Earth in Billion Years