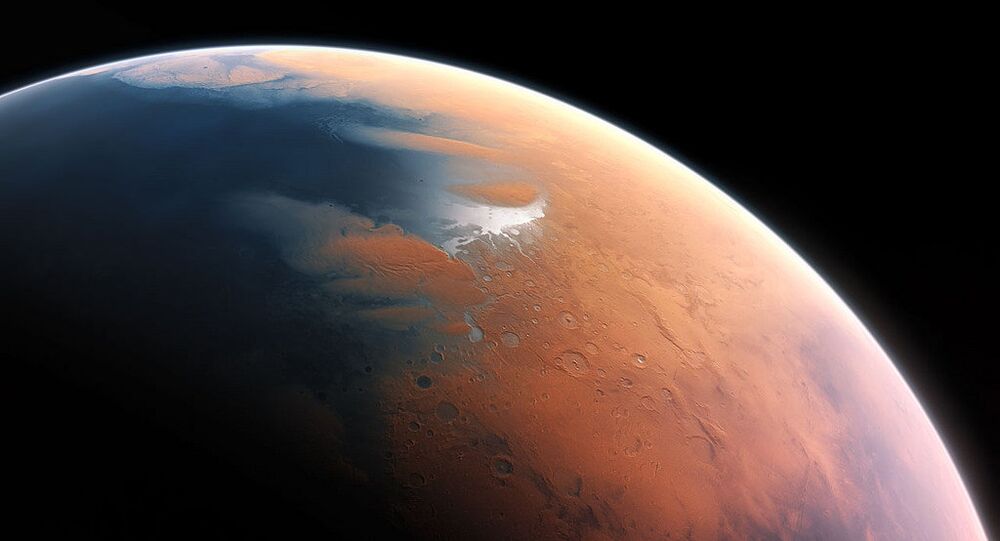 Acidic fog found in microclimates on Mars is eating away at the bedrock, claim planetary scientists who suggest vapours after volcanic eruptions are changing the Martian landscape.

Using data gathered from the 2003 Mars Exploration Rover — Spirit — on the Gusev Crater, Shoshanna Cole, assistant professor at Ithaca College found that the iron content in different rocks on Husband Hill and Columbia Hills had oxidized at different rates.

NASA's Spirit rover detected acidic vapor that was the same in all the rocks — but it was the Mossbauer Spectrometer which detected the bumps. It showed a wide range in oxidized iron, suggesting something had reacted with it in the atmosphere and caused small bumps to appear.

"So we can see the agglomerations [bumps] progress in size from west to east and the iron changes in the same way. It was super cool!"

But the fact that the rocks were the same in composition indicates that they were originally identical.

"That makes us think that they were made of the same stuff when they started out. Then something happened to make them different from each other," said Cole — and that difference could be down to acid fog.

Cole believes that the rocks were exposed to acidic water vapor after volcanoes erupted, similar to volcanic smog or "vog" that poses health hazards in Hawaii from the eruptions of Kilauea. When the Martian vog landed on the surface of the rocks it dissolved minerals and water evaporated, leaving behind a cementing agent which caused the bumps.

"This would have happened in tiny amounts over a very long time. There's even one place where you see the cementing agent healing a fracture. It's pretty awesome. I was pretty happy when I found that one."

As to why there is a difference in how much the rocks changed, scientists say it's down to individual microclimates on Mars, much like planet Earth.

Cole presented her findings at the annual Geological Society of America and just ahead of NASA's latest findings from its latest exploration of Mars, revealed on 4 November.

NASA Chief: We're Closer to Sending Humans on Mars Than Ever Before