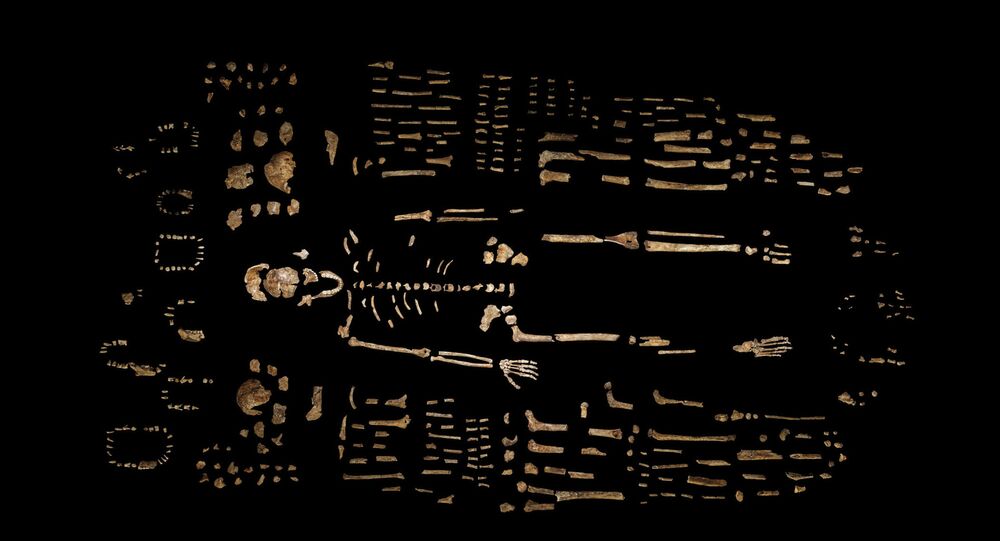 Bones belonging to new species of human were discovered in a cave in South Africa in 2013, and have now been discovered to belong to Homo naledi, who may have lived as many as three million years ago.

© Flickr / CC
California Construction Workers Find Treasure Trove of Ice Age Fossils
A new species of human, called Homo naledi, has been discovered in a cave in South Africa, a find which is forcing scientists to rethink ideas about our family tree.

"We have just met a new species of human relative that deliberately disposed of its dead," said Professor Lee Berger, from the University of the Witwatersrand in Johannesburg, who led the team of researchers who made the discovery.

© Flickr / Kim Seng
World's Rarest Creature Spotted in South Pacific
The remains of the species were found in a cave network close to Johannesburg, South Africa, which Homo naledi appears to have used as a burial chamber. Two expeditions to the caves in 2013 and 2014 yielded the discovery of around 1,500 fossil specimens at the site, including the remains of at least 15 distinct individuals of all ages.

Paleontologists believe that Homo naledi, who lived between two and three million years ago, thought about mortality to the extent that they deliberately buried their dead, perhaps even using fire to light the way through the network of caves.

INCREDIBLE! Congratulations to the team at @WitsUniversity on this astounding new discovery! #HomoNaledi #SouthAfrica pic.twitter.com/eGQhKz48pq

"Until this moment in history we thought the idea of ritualized behaviors directed towards the dead… was actually unique to Homo sapiens," said Berger at a press conference to announce the find.

"We saw ourselves as different. We have now seen, we believe, a species that had that same capability — and it is an extraordinary thing."

Examination of the fossils show that Homo naledi was relatively large, at approximately 1.5 meters tall, and weighed about 45 kilograms; its features appear to be a mixture of earlier and later human physical traits.

The anatomical characteristics led the researchers to place the species at or close to the root of the Homo group, which would mean they lived around 2.5 million to 2.8 million years ago.

#NalediFossils is the single largest fossil hominin find made on the continent of Africa: http://t.co/7O0xtoaltC pic.twitter.com/pvCKu0zpJR

Like modern humans, they had long legs for walking long distances, as well as feet "virtually indistinguishable from those of modern humans," said Dr William Harcourt-Smith of the American Museum of Natural History.

The hands and wrists of Homo naledi were similar to those of modern humans, suggesting the species had tool-using capabilities. However, they also had extremely curved fingers, demonstrating an ability to climb.

In addition, Homo naledi had similar teeth and skull features to the earliest-known human relatives, but the upper body and small brain, the same size as that of a modern chimpanzee, are more reminiscent of Homo's ape-like ancestors.

The ‘underground astronauts’ worked in some of the most difficult and dangerous conditions. #NalediFossils pic.twitter.com/O3TYECbl0N

"Overall, Homo naledi looks like one of the most primitive members of our genus, but it also has some surprisingly human-like features, enough to warrant placing it in the genus Homo," said John Hawks of the University of Wisconsin-Madison, who also worked on the project.

"Homo naledi had a tiny brain, about the size of an average orange, perched atop a very slender body."

The bones were found in the "Rising Star' cave in the 'Cradle of Humankind' UNESCO World Heritage Site, around 50 kilometers from Johannesburg, where around 40 percent of the world's ancestor fossils have been found. The species' name, 'naledi,' means 'star' in Sesotho, a local South African language.