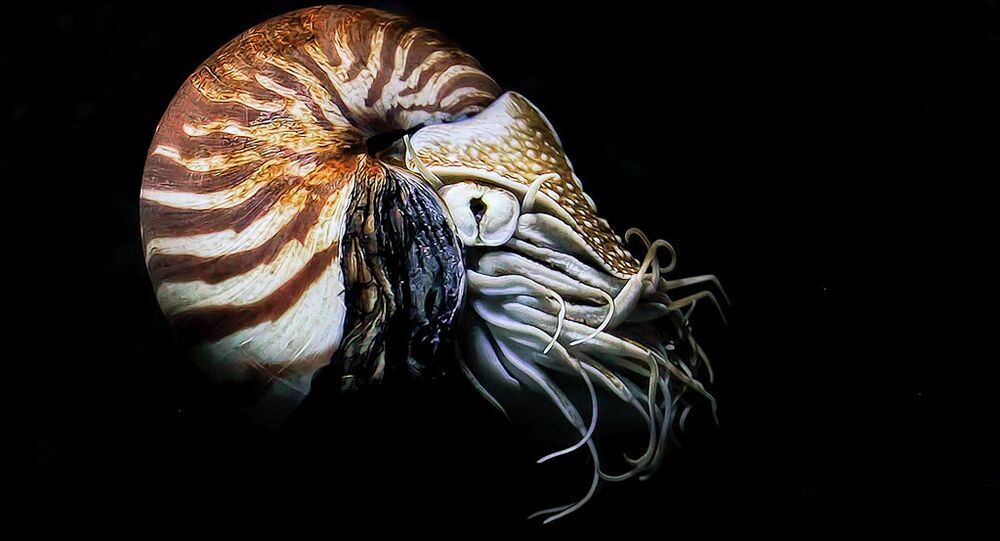 A rare species of nautilus, a group of animals that have existed for almost 500 million years, was sighted by a human for the first time in 30 years, marking only the third occasion in living memory.

Peter Ward, a Professor of Biology at the University of Washington, first spotted the creature in 1984, shortly after another a colleague had sighted the allonautilus for the very first time.

Since Saunders saw allonautilus briefly again in 1986; however its remarkable characteristics remained a mystery for most humans… until July, when Ward saw the rare creature again after more than 30 years.

© Flickr / Marilyn Peddle
Buzzheimer's Disease? Animal Alzheimer's May be Killing Off World’s Bees
In order to orchestrate the meeting, Ward and his team of biologists laid bait each evening for the nautilus, which consisted of fish and chicken meat suspended on a pole between 150 and 400 meters below the surface.

Eventually, several nautiluses, including allonautilus, were caught at a depth of about 180 meters, and then brought to the surface in chilled water so the researchers could take small tissue, shell and mucous samples, and measure the dimensions of each animal.

The information was used to discover the age and sex of each animal, as well as the diversity of each nautilus population in the South Pacific. The researchers have determined that most nautilus populations are isolated from one another because they can only inhabit a narrow range of ocean depth.

Professor Peter Ward created an impression of the allonautilus he saw in the Pacific.

"It’s only near this tiny island," Ward said of the allonautilus.

"This could be the rarest animal in the world. We need to know if allonautilus is anywhere else, and we won’t know until we go out there and look."

The allonautilus scrobiculatus species differs significantly from other nautiluses in its gills, jaws, shell shape and male reproductive structures, and it has a distinctive, slimy, hairy coating on its shell.

"When we first saw that, we were astounded," says Ward.

The creature is known as a 'living fossil,' since the ancient animals have been found in almost 500 million years of the fossil record, having outlived the dinosaurs along with the two largest mass extinctions on Earth.

"Some features of the nautilus — like the shell giving it the 'living fossil' label — may not have changed for a long time, but other parts have."

"As it stands now, nautilus mining could cause nautiluses to go extinct," said the professor, who hopes his study will lead to the greater protection of the species, including a ban on the trading of nautilus shells, under the Convention on International Trade in Endangered Species of Wildlife Fauna and Flora.