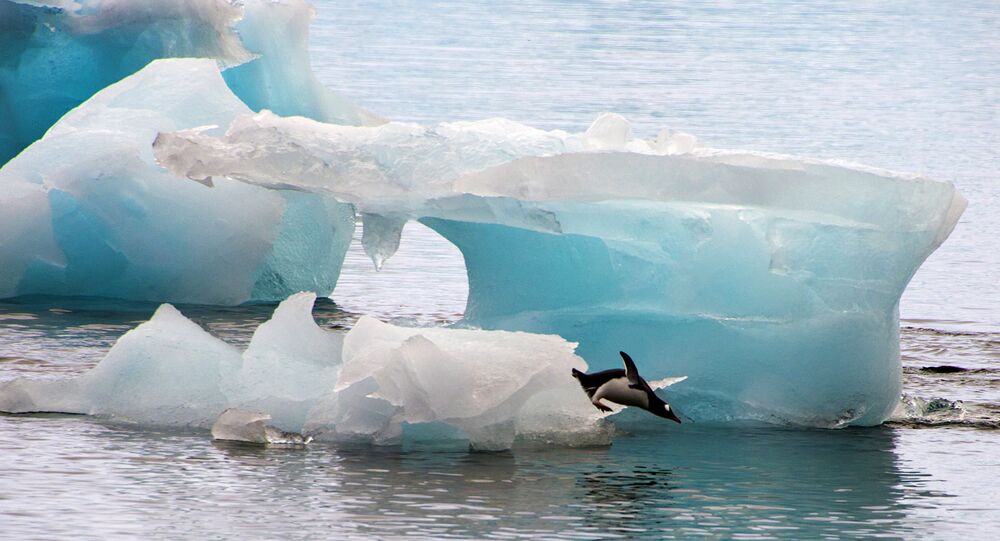 Speaking at a news conference at Rossiya Segodnya information agency, Pugh said that over the past 30 years the oceans have changed under the influence of global warming and pollution.

© REUTERS / Alexey Ekaikin/Handout
Russian Scientists Study Cosmic Dust at Unique Open-Air Lab in Antarctic
The Antarctic, one of the world's last intact ecosystems, is also under threat, Pugh said, adding that Russia as the chair of the Commission for the Conservation of Antarctic Marine Living Resources (CCAMLR) should assume responsibility to protect the area.

Pugh, who is also a patron for the oceans for the UN Environment Programme (UNEP) said earlier this week that he would travel to Russia to discuss the creation of a maritime national park in the Antarctic with Russian government officials.

In early March, Pugh completed the most southerly swim in the Antarctic Ocean, intended to draw support for the Ross Sea to become a marine protected area.

195 Years since Discovery of Antarctica

The Kingdom of Ice: Antarctica in Pictures