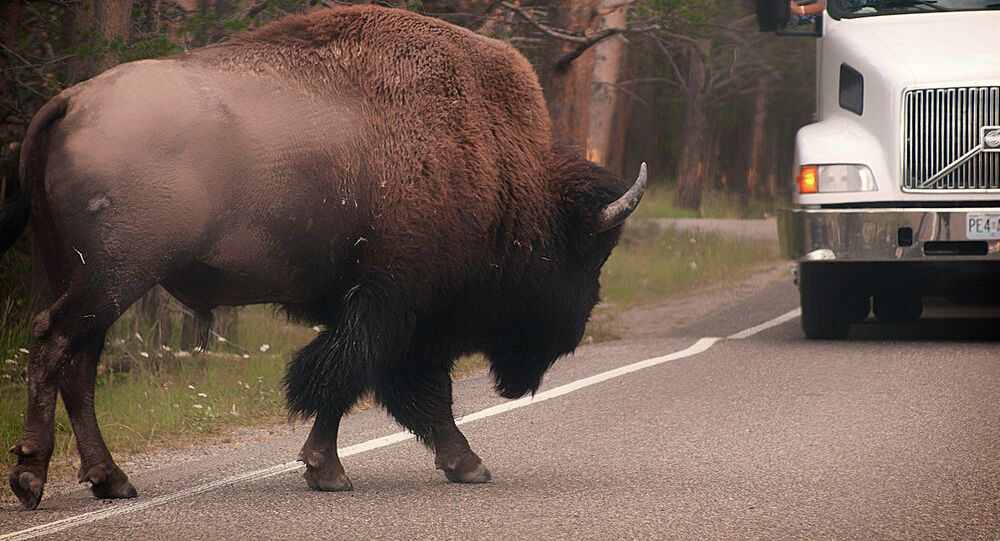 Conservationist groups are outraged as Yellowstone Park officials initiate a program to thin the size of the park's current bison herd.

MOSCOW, January 24 (Sputnik) — As many as 250 bison were sent to slaughter so far, and there are up to 700 more to come, as Yellowstone National Park initiates herd-thinning measures, according to AP.

A park spokesman told Reuters that as of a week ago, 162 bison were slaughtered, as the park responds to local ranchers' concerns that the bison are spreading disease. A further 73 bison were killed by hunters after they crossed the park border, according to AP.

The decision has drawn ire from the Buffalo Field Campaign, a conservationist group that seeks to preserve the animals.

"You think to yourself that this can’t possibly be happening, but the shocking reality is that those who should be the fiercest champions and strongest allies for the buffalo are instead betraying them by taking the lead in the livestock industry’s culture of death," the group's spokeswoman stated in a press release.

The total size of the herd is currently around 4,900 head, but is being reduced to 4,000, according to Reuters, as conservationist groups ask the federal government to give the heard more protections.