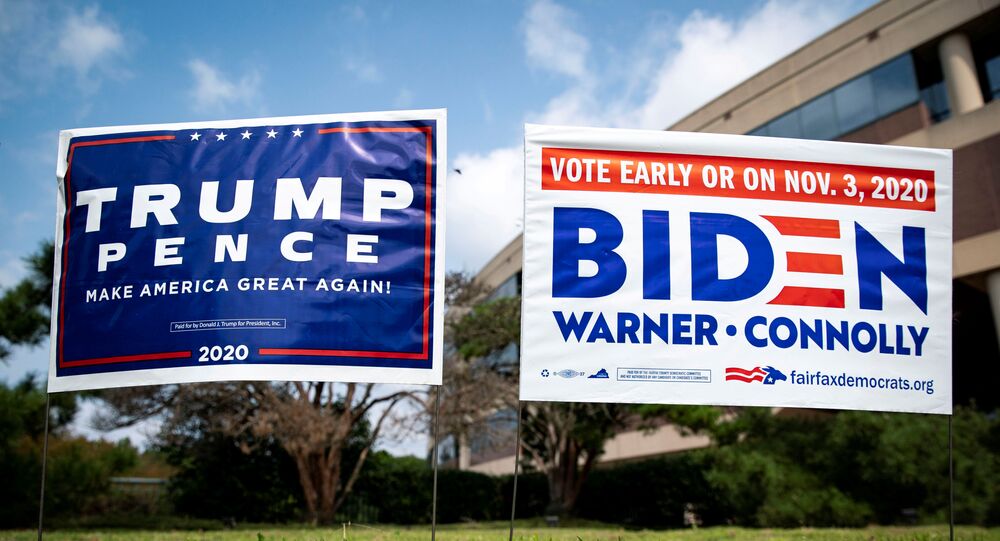 After Years of Undermining Other Countries’ Elections US Now Looks Stupid

The slang phrase ‘couldn’t organise a piss up in a brewery’ rings in my ears this afternoon as media outlets carry the news that America’s top legal officer, the Attorney General William Barr, has ordered Federal prosecutors to begin investigations into what Barr has called “substantial allegations” of voter irregularities.

The order lends legal cover and credibility to the Trump camp refusal to accept the outcome of last week’s US Presidential election. The country which struts across the globe lecturing everyone about democracy and interfering contemptuously and often illegally in other countries' democratic processes is now reduced to laughingstock status for its inability to conduct a straightforward election.

Leave aside for the moment questions about the substance of the Trump claims about voter ‘fraud’ and election ‘theft’; the sobering fact to emerge is never again should American attempts to undermine elections in other countries be given any credence. The media organisations across the world who pour scorn and ridicule on desperado Trump’s claims that the election was rigged and illegitimate have no such reservations when similarly ridiculous and fabricated claims are made by US government officials and politicians in relation to other countries. The Trump strategy here should be instantly recognisable for anyone paying attention to the game plan in Venezuela designed to undermine and distort their 2018 Presidential election.

Trump’s Game Plan Was Deployed Against Venezuela in 2018

Determined to bully and bribe Venezuela’s citizens into voting the socialist President Nicolas Maduro out of office lest his anti-poverty socialist ideas continue to grow in popularity and spread across the region and world, America invested hundreds of millions of dollars in sponsoring opposition groups to initially demand an early Presidential election and then when such an election was agreed to boycott it instead.

The United Nations (UN) has condemned them as contrary to international law and therefore illegal. They have been called ‘economic warfare’. Thorough academic research has estimated that these sanctions have led directly to the loss of 40,000 lives, including thousands of children, in the last 18 months alone.

According to the special UN Rapporteur, Alfred de Zayas, sent to Venezuela to compile a UN Human Rights Council Report in 2017 and 2018 the United States has used the illegal sanctions and financial blockade against Venezuela to create a humanitarian crisis and are therefore criminally liable for the increased deaths of children and the infirm denied vital medical supplies directly because of the sanctions.

That is the US playbook in deadly play when it comes to undermining governments it disagrees with. Causing economic chaos and associated poverty and discontent in the hope the population will blame the socialist government in power not the American government’s illegal and brutal sanctions regime.

Trump and his puppets in the media and in office called the 2018 Venezuela election illegitimate before it even took place. The strategy to discourage participation in the election was crucial to Washington’s plan to undermine its legitimacy. According to one source when an opposition candidate Henri Falcon broke the opposition ranks and agreed to compete in the election he was threatened with personal sanctions by Washington. Falcon’s participation undermined the Washington inspired Venezuelan opposition attempts to tarnish and rubbish the election even before it took place.

Venezuela and Other Countries Have Defied American Bullying

As it happens, despite the disgraceful and deceitful US interference, the 2018 Venezuelan election proceeded with a turnout of some 46% making it. Over nine million Venezuelan citizens ignored the powerful boycott voices and cast their votes for one of three candidates. Maduro won over 6.2 million votes and America was furious. Trump called the election illegitimate (as he does now in relation to his own country) and the illegal sanctions regime was made even worse and then an acolyte of the US who didn’t even stand in the election, Juan Guaido, was installed by Washington thousands of miles away as the legitimate President of Venezuela without securing a single Presidential vote.

Surely the mainstream media outlets who today ridicule Trump’s claims of a ‘stolen’ election would not go along with such undemocratic and baseless gibberish?

Unfortunately, their collective lack of a spine was exposed as they chimed in with US manufactured nonsense about an undemocratic election and an illegitimate President. Despite the deadly sanctions and continued US sponsored coup attempts the Maduro government remains in power and receives recognition and respect from more than two thirds of the world’s sovereign nations but you wouldn’t know it from the biased media coverage and presentation of the country.

The US similarly interfered in the re-election campaign of socialist President Evo Morales in Bolivia last October and it led to a bloody military coup with US encouragement which forced the victorious Morales to flee the country. Again, the mainstream media did not condemn illegal and deceitful US interference but instead parroted the baseless voter fraud claims.

To the annoyance and acute embarrassment of Washigton, given the current “shenanigans” being played out there now, the people of Bolivia have elected another representative of the Evo Morales Movement for Socialism party, underlining the false nature of the electoral fraud claims thrown by the US and others against Morales.

After years of trying to interfere in and manipulate the outcome of elections in other countries we now have Trump refusing to accept the outcome in his own country. What an utter mess and farce.

The self-proclaimed most powerful democracy in the world is now mired in an unsavoury, unprecedented, and unpredictable election dispute drama which makes a mockery of its international boasts of stability and adherence to the rule of law. Anyone with a functioning brain cell can observe international politics and see the rank hypocrisy of American proclamations about stability, democracy, and the rule of law. It is the biggest rogue nation on our planet and this electoral fiasco is a new debacle for them with potentially far-reaching and violent consequences.

The defeated candidate is crying foul and, so far, without a shred of credible evidence claiming the election was fraudulent. Yet Democrats and the liberal media brigade have to accept a bit of what is good for the goose is good for the gander. Since 2016 there have been loud and constant references to the illegitimacy of the Trump election due to alleged ‘Russian interference’. Credible evidence of such Russian interference has been as rare as snow in the Sahara Desert, but Hilary Clinton has banged that sore loser drum for four years without facing the ridicule she is due. The idea that Russia manipulated 63 million people into voting for Donald Trump in 2016 is just as fantastical as Trump’s claim that the 2020 election was rigged illegally against him. Both propositions have the same handicap. The absence of credible evidence.

Traditionally Federal investigations into voter fraud allegations only begin after a State has finished counting all votes and accredited the result but William Barr on behalf of Trump has now ordered investigations before State accreditations and chaos and outrage has ensued. Richard Pilger, the head of the branch of the US Justice Department that prosecutes election crimes has resigned in protest at the move. The mainstream media outlets in America and across the world now find themselves in unchartered waters.

They were happy to mimic ridiculous voter fraud claims made by Trump about Venezuela and Bolivia but are more reluctant to give them credence now. They also accommodated the evidence free allegations of Russian interference in the 2016 election so treating the Trump camp calls of voter fraud with such disdain displays uncharacteristic adherence to the principle of only articulating fact based arguments in connection with such serious claims. Trump’s Tweets and rambling statements about the US election have the same flat-earth credibility as his claims about Venezuela and Bolivia but he witnessed those being promoted and supported by the pliable media. He can’t understand why his claims now are not being taken seriously.