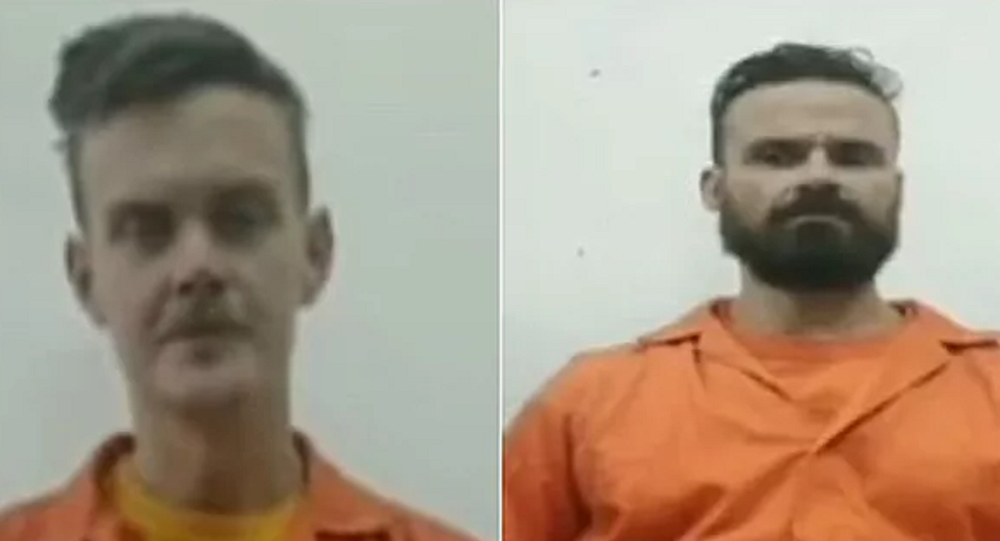 On May 3-4, a group of mercenaries and anti-government militia attempted to land in Venezuela by sea, kidnap President Nicolas Maduro, take control of an airport, and fly him to the United States to face prosecution. The operation failed, eight mercenaries were killed, and several dozen others, including two American nationals, were captured.

US mercenaries Luke Denman and Airan Berry have each been sentenced to twenty years in prison for their roles in ‘Operation Gideon’, the botched May incursion into Venezuela, the country's Attorney General Tarek William Saab announced late Friday.

According to the official, the two US nationals had admitted to the crimes of conspiracy, association, illicit trafficking of weapons of war and terrorism.

Saab did not provide any additional details, such as where the two men would be serving their sentences, noting only that “the hearing continues for the remaining accused”.

US officials have yet to respond to the news.

Denman, 34, and Berry, 41, both US military veterans, were nabbed by Venezuelan authorities on 4 May after the collapse of a botched operation to use teams of heavily-armed men entering the country from neighbouring Colombia aboard speedboats to kidnap President Maduro and take him back to the US. The incursion was formally codenamed ‘Operation Gideon’, but has since been nicknamed the ‘Bay of Piglets’, in reference to the failed CIA-backed mercenary invasion of Fidel Castro’s Cuba in 1961.

Operation Gideon was run by Silvercorp USA, a Florida-based private security firm operated by former Green Beret Jordan Goudreau. Goudreau claimed responsibility for the operation on 4 May, and has since alleged that he signed a $213 million general services contract with opposition leader and self-proclaimed ‘interim president’ Juan Guaido, who reportedly failed to pay up, prompting the mercenaries and militants to get second jobs and start a donation drive during their training in Colombia.

Goudreau went ahead with the plot despite the fact that Venezuelan Constituent Assembly President Diosdado Cabello uncovered many of its details and shared them on national television in late March. Along with the two US nationals, as many as 64 militants were detained, with 8 others killed in firefights with Venezuelan security forces.

Former New Mexico governor Bill Richardson flew to Caracas last month to attempt to free several Americans, with Denman and Berry thought to be among them, as a goodwill gesture. In May, Secretary of State Mike Pompeo said it was Washington’s responsibility to bring the two men home.

In related news, on Thursday, Venezuela began a trial of six former US executives of Citgo, the Houston-based subsidiary of Venezuelan oil giant PDVSA, on corruption charges.

US officials have flatly denied having anything to do with the botched incursion. President Maduro has accused the White House of masterminding the operation, and has pointed to US support for Guaido since he proclaimed himself president in January 2019. Venezuelan authorities have repeatedly accused Guaido and his US allies of seeking to oust the government to get their hands on Venezuela’s vast oil and mineral riches.