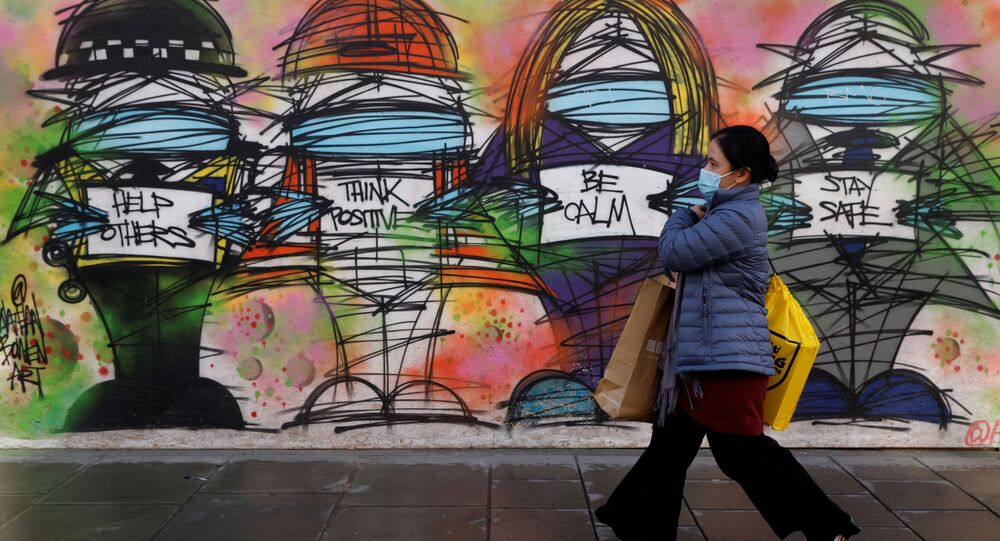 An 83-year old great-granny from Yorkshire has become an overnight celebrity in Britain merely for saying what millions think (but are afraid to say), about the never-ending Coronavirus lockdown charade.

It’s the 19th folk tale from Denmark which helps us to explain what has been going on- before our very eyes- in Britain in 2020.

In Hans Christian Andersen’s The Emperor’s New Clothes, a pair of weavers, who are actually swindlers, promise the Emperor they will make him a new set of clothes that will be invisible to those unfit for their positions, or unusually stupid. But they make him no clothes at all and make everyone believe that the clothes are invisible to them. The Emperor parades, totally naked, but everyone is too scared to say that he is wearing no clothes.

"Nobody would confess that he couldn't see anything, for that would prove him either unfit for his position, or a fool", Andersen wrote.

But one little child hasn't read the script. "But he hasn't got anything on!" he cries. The word gets round – and soon everyone is mouthing the truth.

We're in exactly the same situation in Britain today. Those 'Inside the Tent’ know that the establishment narrative on ‘Covid‘ lockdowns is false, predicated as it is on ramped-up not-fit-for-purpose PCR tests which give out a very high level of false positives, and the most generous classification of Coronavirus deaths. But the ‘Inside the Tenters’ know they’ll be regarded as 'unfit for their positions' if they dare state the truth.

They all have to go along with the state-sponsored B.S. They all have to make the case for ‘lockdowns’- whether they are re-branded as ‘fire-breaks’ or ‘circuit breakers’, even though they know that countries which didn’t lockdown got much better results. They all have to trash any dissenting views. The public too can see something is not right with the official narrative but are frightened of expressing their doubts for fear of being castigated for not taking COVID-19 seriously enough. ‘You oppose lockdowns- then you support letting the deadly virus rip’, has been the gas-lighting technique used to keep people quiet.

Enter Maureen Eames. In an interview with BBC Yorkshire the straight-talking great-grandmother from Barnsley said exactly what she thought. ‘I’m 83 and I don’t give a sod’, she said. ‘I think it’s all ridiculous, we should never have been in lockdown’.

This was the 2020 equivalent of Hans Christian Andersen’s little child- who also didn’t ‘give a sod’, simply declaring ‘But he hasn’t got anything on’ when he saw the Emperor stark naked. It had exactly the same effect. Millions of people who were too frightened to say ‘It’s ridiculous, we should never have been in lockdown’, finally found the courage to mouth that obvious truth. Thousands of Twitter users- myself included- said Mrs Eames should be our Prime Minister. That‘s how refreshing it was- after all the B.S., all the spin and all the lies to hear someone finally saying what the rest of us were thinking.

© REUTERS / TOBY MELVILLE
'I Share People's Frustrations': PM Johnson Calls for Improvement of UK's COVID-19 Tracking System
Mrs Eames also raised another question, that millions will have wanted to ask- but again were too afraid to say.  “How can we get the country on its feet, money-wise? Where’s all the money?"

Where indeed is all the money? How on earth can the UK afford any more lockdowns- when we are already over £2 trillion in debt? Weren’t we told before 'COVID-19' that there was no ‘magic money tree’. Where did one suddenly appear from?

Mrs Eames also brought up World War Two, but not in the way the lockdown zealots- who weren’t even around in the 1940s, have. ‘I never thought I would feel like I was in Italy when Germany invaded’ Maureen said. She echoed the real WW2 spirit when she said ‘Life has to go on’. WW2 was about keeping calm and carrying on, not hiding behind the sofa all day being terrified.

She also, quite gloriously, punctured the ‘Cult of the Government Scientist’.

"We need the government to get rid of the scientists. I didn’t vote for a scientist. Scientists should go back to their universities and laboratories. I didn’t vote for Mr Whitty (the pro-lockdown Chief Medical Officer), and I wish Mr Hancock (Health Secretary) would stop saying things that are foolish. We need to get back to business", she said.

In her short interview (and subsequent follow-ups), Maureen Eames has done more to shatter the official COVID-19 lockdown narrative of the government- and the so-called ‘Opposition’, than any television ‘talking-head' or 'pundit'.

"I look at it this way - I’ve not got that many years left in me and I’m not going to be fastened in a house when the government have got it all wrong", she said.

For the last seven months, we’ve heard patronising ‘expert‘ after patronising ‘expert‘ tell us what should be done with the elderly to ‘protect’ them, and now at last we have a senior citizen giving us her own view- which is ‘No one is going to tell me to stay at home’. Mrs Eames didn’t just speak for the elderly this week (my parents are both in their 90s and agree with her statements wholeheartedly), she spoke for the whole of Britain.

Unlike our globalist government, our globalist ‘Opposition’, our gutless, over-paid MPs or our town hall tin-pot despots pushing for their areas to pushed into a higher lockdown tier. Unlike most of our feather-bedded ‘commentariat’ or ‘Inside the Tent’ broadcasters, who always ask the ‘wrong‘ questions at press briefings. These have been shown up big time in 2020. No one, I hope, will ever listen to a word the courtiers to power ever say again. The Emperor has no Clothes. The more people say it, the sooner the lockdowns end and the sooner our lives get back to normal.