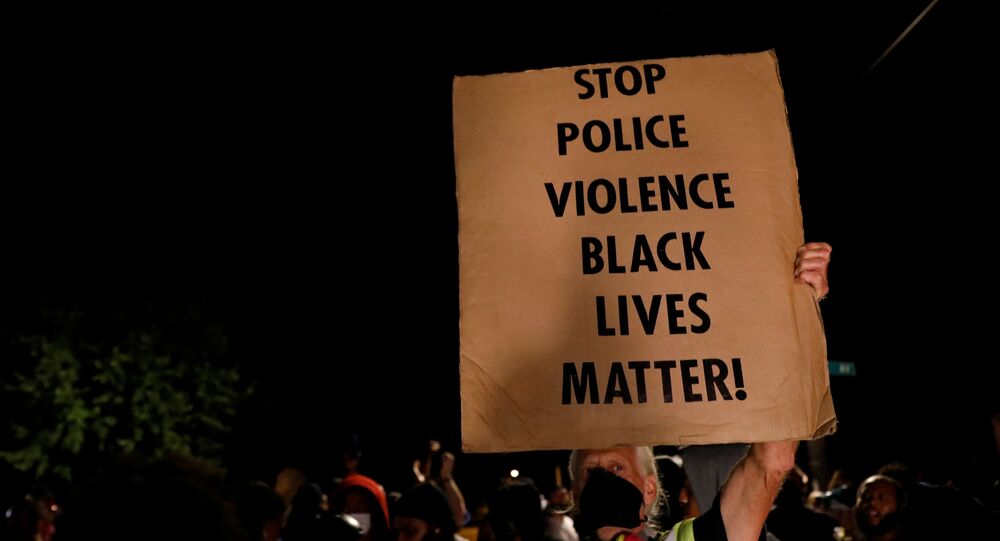 Exactly fifty seven years ago this Friday the enigmatic and inspiring Martin Luther King Jr addressed a 250,000 strong rally at Lincoln Memorial in Washington noting that African Americans were still “not free” and that they were “crippled by the manacles of segregation and the chains of discrimination.”

On August 28th, 1963, he shared his ‘dream’ with the huge crowd and the wider world watching and listening:

“I say to you today, my friends, so even though we face the difficulties of today and tomorrow, I still have a dream. It is a dream deeply rooted in the American dream.…I have a dream that my four little children will one day live in a nation where they will not be judged by the color of their skin but by the content of their character. I have a dream that…one day right there in Alabama, little Black boys and Black girls will be able to join hands with little white boys and white girls as sisters and brothers”.

The short video clip below was posted on Twitter last night and lasts only 17 seconds but it manages to sum up centuries of ingrained racism and white privilege at the heart of American society which is threatening to rip it apart. If you do nothing else today please watch this clip, share this clip and understand from this clip why even wealthy sports stars are cancelling appearances and hundreds of thousands are protesting in towns and cities across the US.

​America’s racist DNA stands exposed as the ugly and vile cancerous carbuncle on society it is. Watch the video clip from Kenosha in the state of Wisconsin covering two incidents two days apart and understand that MLK’s dream of racial equality is nowhere near realisation some fifty-seven years on.

Context is everything in relation to photographs and short video clips. Acknowledging the wider picture is essential to understanding what you see.

On the left side you see an unarmed black man called Jacob Blake surrounded by three armed police officers with guns drawn. As he leans into his parked car where his three children are sitting, he is shot seven times in the back. I need to repeat that fact. He was shot seven times in the back. He is still critical in hospital and if he survives is unlikely to ever walk again. The officer who shot him has been named and suspended on full pay but not charged.

The right side of your screen in this clip shows a 17-year-old white youth called Kyle Rittenhouse. He is casually walking towards police vehicles with a deadly assault rifle hanging around his shoulder. According to reports he had just fired into a crowd of Black Lives Matter protesters and hit at least three people. Two are dead and one is critically injured. He is shown in other footage sauntering past several police vehicles before later being arrested and charged with first degree double homicide.

What is absolutely essential to the context of this incident and the underlying malaise infecting American society is the testimony of peaceful protesters and even the New York Times video surveillance unit on the ground. This armed youth didn’t appear from nowhere and shoot protesters; he was in contact with the police and allowed to walk around heavily armed before he decided to kill two other human beings in cold blood on the street. Read the NYT Report:

“About 15 minutes before the first shooting, police officers drive past Mr. Rittenhouse, and the other armed civilians who claim to be protecting the dealership, and offer water out of appreciation. Mr. Rittenhouse walks up to a police vehicle carrying his rifle and talks with the officers”.

An unarmed black man is shot seven times in the back while reaching into a car containing his three children but a 17 year old white boy is able to stroll across the street with his finger on the trigger of a powerful assault rifle without being physically tackled and restrained by the police. On the contrary the police casually chat with this armed white youth and fail to even disarm him let alone arrest him before he commits a double murder. Welcome to America 2020.

No wonder major league basketball and baseball stars refused to leave locker rooms last night and protests are erupting all across the country.

The Twitter post of the guy who posted the illuminating video clip sums up the sentiments shared by millions:

The powerful statement of Jacob Blakes sister Letetra yesterday deserves to be compared and contrasted with MLK’s inspiring oratory from fifty-seven years ago. Letetra is not the seasoned and skilled preacher that MLK was but they both share compassion for humanity and anger at the injustice they witness. The question is what has really changed in almost sixty years of struggle? Letetra’s brother was gunned down and crippled for life by white cops last Sunday in a clear and racially motivated abuse of power and force and Letetra pleads for change not for pity:

“I’m not sad, I’m not sorry, I’m angry and I’m tired. I have not cried one time, I stopped crying years ago. I’m numb – we have been watching police kill Black people for years,” she said, adding: “I don’t want your pity, I want change”.

Jacob Blake’s Sister Links US Racist Present with Racist Past

She then very tellingly and emotionally made the necessary link with the past which exposes the acute lack of progress towards real racial equality when she referred to the memory of Emmett Till, the 14-year old black boy who was kidnapped, tortured, and murdered by racists in a Mississippi lynching in 1955:

“this has been happening to my family for a long time, it happened to Emmett Till. Emmett Till is my family”

Jacob Blake was not kidnapped and lynched but he was unlawfully and brutally shot seven times in the back by white men in uniforms and the list of similar racist shootings and slayings by white armed cops against unarmed black people grows longer by the day. George Floyd was a recent addition to a long list which includes Ahmaud Arbery, Michael Brown, Terence Crutcher, Eric Garner, Oscar Grant, Trayvon Martin, Breonna Taylor and many more.

In addition to the video clips and testimonies already referred to I urge you to read the insightful and courageous post last night from US tennis star Naomi Osaka who refused to play her major tennis tournament semi-final match in New York today in solidarity with the Black Lives Matter protesters. The two times Grand Slam champion issued a statement that deserves to be read far and wide as it represents the despairing impatience and demand for justice shared by millions:

“Hello, as many of you are aware I was scheduled to play my semifinals match tomorrow. However, before I am an athlete, I am a black woman. And as a black woman I feel as though there are much more important matters at hand that need immediate attention, rather than watching me play tennis. I don’t expect anything drastic to happen with me not playing, but if I can get a conversation started in a majority white sport I consider that a step in the right direction. Watching the continued genocide of Black people at the hand of the police is honestly making me sick to my stomach. I’m exhausted of having a new hashtag pop up every few days and I’m extremely tired of having this same conversation over and over again. When will it ever be enough?” #JacobBlake, #BreonnaTaylor, #ElijahMcclain, #GeorgeFloyd

​The thirst and demand for real change is going to grow and will undoubtedly necessitate many more peaceful and violent confrontations before real progress is delivered. Blacks in America and white citizens who believe in racial equality, human rights and basic justice are not prepared to accept overt racism any longer. One placard on a recent demonstration is worth bearing in mind over the coming weeks and months: