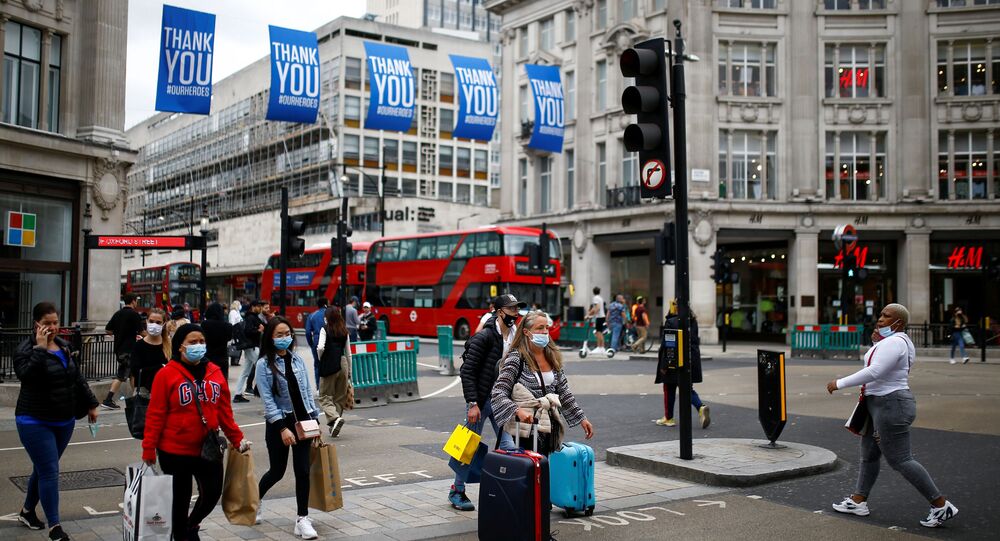 Masks Are All About the Economy Not Safety!

The Compulsory wearing of masks Law is nothing to do with safety or science and everything do with cash and PR.

If it’s necessary to wear a mask now, then surely it was even more necessary back on March 12 when the Deputy chief medical officer, Dr Jenny Harries stated “For the average member of the public walking down a street, it is not a good idea… in fact, you can actually trap the virus in the mask and start breathing it in.”

This was the same date that she also said that the Cheltenham Festival and other sporting events could continue and we all know what happened as a result of that ‘scientific’ advice.

However, now suddenly, with death figures tumbling we are told that face coverings in shops will be mandatory from July 24th and that cops will issue spot fines of £100 if we do not comply.

I wonder why? You don’t think it has anything to do with the economy being in free fall, do you?!

Of course, it has. This new policy is ‘all about the economy stupid’ and nowt to do with the safety of us. We are being used as Lab Rats again. Wear a mask to be ‘safe’ and spend, spend, spend.

Having scared the nation to death for months, Boris now wants us back out on the streets and in the pubs and shops spending like that thick lottery winner in Norwich, who ended up skint after blowing his fortune. He now delivers coal.

The whole policy is rubbish. If it’s so important to wear a mask why are we having to wait until July 24 to implement this new law? Boris has stated that a cloth face covering is all that’s necessary, so if the threat is so real we don’t need any preparation time, do we?

Meanwhile, Government Minister George ‘Useless’ Eustice was on TV this morning saying that we need two weeks to organise a face covering for ourselves!

Then up popped London Mayor Sadiq ‘Khant’ who said the law would be impossible to enforce in London as it lacks clarity.

I could go on but seeking clarity in this government’s inept handling and policy decisions during this pandemic is as fruitless as finding the Holy Grail.

© AFP 2021 / TOLGA AKMEN
A commuter wearing a face mask or covering passes an advertisement depicting a monkey covering its nose and mouth, as they walk through a train station in central London, on June 15, 2020 after new rules make wearing face coverings on public transport compulsory while the UK further eases its coronavirus lockdown. - New coronavirus pandemic rules coming into force on June 15 make wearing face coverings such as masks or scarves compulsory on public transport, as various stores and outdoor attractions open for the first time in nearly three months.

Boris was elected on a tide of optimism and a promise of taking back control but his government has morphed into an incompetent mob who want to control us.

Boris, please tell me, how the hell are the cops meant to enforce this law?

They weren’t even allowed by their political masters and their politically correct Chief Constables to stop the Black Lives Matter protests and counter-protests from happening during the pandemic a few weeks ago.

The mob ruled and the coppers were either too busy bending a knee or scared to intervene as Churchill’s statue was vandalised and the cenotaph desecrated. The only time they moved and got off their knees was when they ran away from whichever mob was chasing them. Pathetic.

But, I guess that there has been a calculation that shoppers are an easy nick, so you watch as thousands of people are made into criminals by Boris’ Barmy edict.

To be fair, Boris played a blinder in getting us all to self-isolate and stay home but that was because we are a tolerant lot and realised that it was the best thing to do at that time. However, many of us also wanted a swifter and more draconian lockdown which should have included masks then but instead he opted for the so-called libertarian approach, instead of learning from Italy.

He was slow off the blocks then and he is still lagging behind the rest of the runners in this race to defeat coronavirus.

He decided to treat us as children by not telling us all the facts and he refused to actually confess when he got things wrong as Macron did in France. No, instead he had to keep ramping up the fear factor to warp factor 11.

Killing off the High Street

Now people are very concerned about going out again which is why pubs are not being besieged and are operating on at least 50 percent lower takings.

The same is happening on the High Street. Why would you go shopping in town when you have to queue to get into every shop and you’re treated like a leper by an assistant in a mask asking if you’ve hand-sanitized?

Then you can’t touch the clothes or even try the shoes on.

No wonder people are practising real social distancing and shopping from the safety of their own homes via the internet.

The high street and town centres were already dying before COVID but Boris’ mandatory face mask law will be the final death blow for our Town centres.

It will have the opposite effect to the one he intends; the shoppers will stay away and the economy will continue to collapse until he gets a grip, has realistic policies and most importantly a clear and consistent road map which we all understand and are willing to follow.