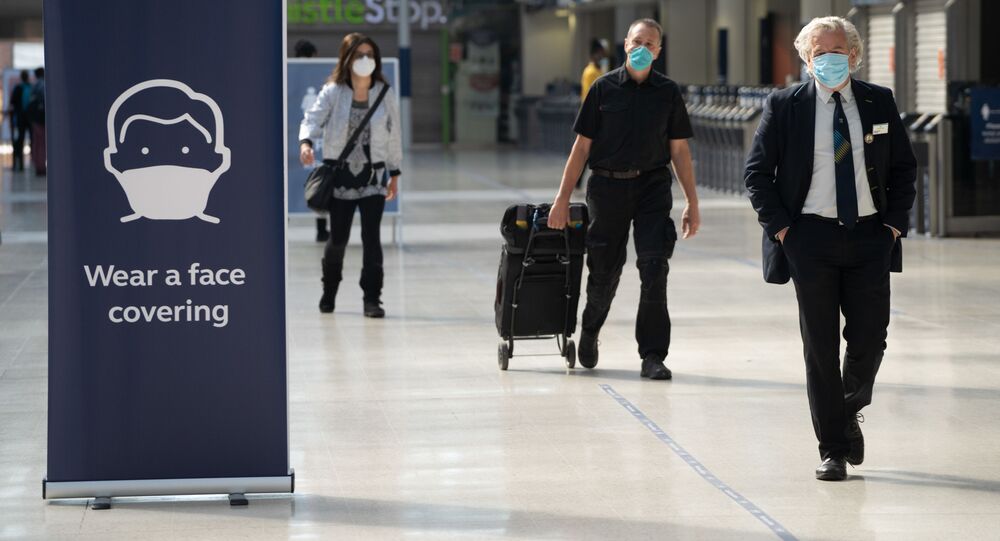 MOSCOW (Sputnik) - UK Prime Minister Boris Johnson said on Monday that the government was deliberating on a recently widely-debated issue of whether to make face masks mandatory in shops and other confined public spaces and would deliver a statement in "the next few days."

"Yes, I think people should be wearing face coverings in shops, and in terms of how we do that and whether we make it mandatory, we will be looking at the guidance and we will be saying a little bit more in the next few days", Johnson said at a press stakeout during a visit to the London Ambulance Service headquarters.

Specifying the upcoming announcement, Johnson said the government would be looking at "exactly how and with what tools of enforcement we think we want to make progress."

According to the UK prime minister, as he acknowledged that the coronavirus pandemic began retreating, "face masks are an extra insurance that we all can use to stop it from coming back, stop it from getting out of control again."

In making the statement, Johnson cited "the growing scientific evaluation of face coverings and their importance in stopping aerosol droplets."

On 15 June, the UK government made wearing face masks on public transport mandatory. Throughout last week, conflicting statements were made by several cabinet officials on whether masks would also be made mandatory in other confined public spaces, such as shops.

During the first few months of the outbreak in the United Kingdom, various officials, Johnson included, claimed that face masks were of low usefulness in protecting people from contracting the coronavirus in public.