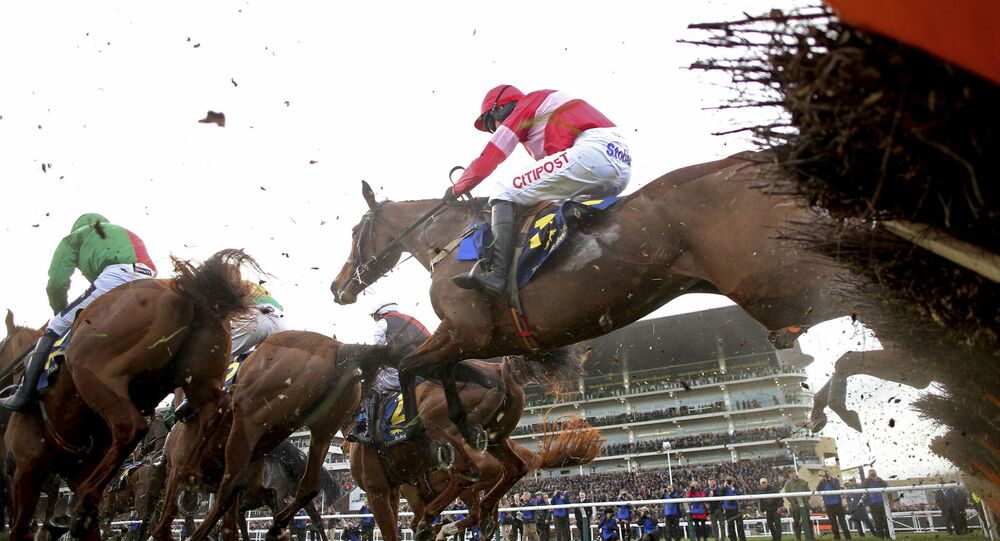 It’s been a highly profitable first two days at the Cheltenham Festival for anyone following tips in the Sputnik Intelligent Punter's Guide, with winners aplenty. Now let’s take a look at the action on Thursday and Friday.

Did you take our advice and "Put the Kettle On"? What with the 16-1 winner of the Arkle (who was actually 25-1 shortly before the off), the 1st and 3rd in the Champion Hurdle, the 2nd and 3rd in the Ultima, and then on Wednesday, the one-two in the RSA and the first two in the 24-runner Coral Cup,(a 60-1 forecast!), it's been a terrific Cheltenham Festival for anyone following the selections of my Sputnik Intelligent Punter's Guide.

Can we keep it up for the second half of the meeting? Let's give it a go. Here's the analysis for Thursday and Friday.

There may only be eight runners but there's a cracking field for the Ryanair Chase (2.50). A Plus Tard who ran away with a handicap at last year's Festival, and who has taken the step up to Graded company in his stride is the worthy favourite, but Min is great at this trip and rates a big threat. Probably the percentage call is to back last year's winner Frodon, available at around 5-1, each-way, as he won't go down without a fight and should at the very least be placed.

The opening Marsh Novices' Chase (1.50) is tricky. If Faugheen wins, the roar of the crowd will be heard across Europe, but while it would be great to see the veteran do it, the age stats are against him.

Melon hasn't set the world alight over fences so far, but he has been placed at the last three Festivals over hurdles and trainer Willie Mullins has a good record in the race, so at 10-1 he makes some each-way appeal. Mister Fisher, a course winner earlier this season and Midnight Shadow, who won the Dipper over course and distance in January, benefiting from the fall of subsequent RSA winner Champ, are others for each-way consideration.

Willie Mullins has a great record in the Mares' Novices Hurdle (4.50) and so Colreevy, in the frame in all her hurdle starts, has to make the short-list. The very popular Paisley Park is the clear top-rated in the Stayers Hurdle (3.30) and should, barring accidents, make it back to back wins in the event; the 2018 winner Penhill and last year's Ballymore winner City Island are each-way possibles.

In the Pertemps (2.10) the Gordon Elliott-trained pair Sire Du Berlais (who won the race last year) and The Storyteller are shortlisted, while Elliott's Ben Dundee, an 11-1 shot, makes plenty of appeal in the Plate at (4.10). He was placed at last year's Festival and his last run over fences was very encouraging. Cloth Cap should relish the stamina test in a typically competitive Kim Muir (5.30).

Whatever you do, don't miss the Gold Cup at 3.30 as it looks like one of the best renewals for quite a few years. You can make a cogent case out for several of the runners, but marginal preference is for last year's winner Al Boum Photo, who has ground conditions to suit once again, posting a repeat win, with Delta Work and Santini the main dangers.

At longer odds, don't rule out a big run from Presenting Percy who was the ante-post favourite for this last year, but went into the race undercooked. He's had three runs over fences this time around, all over shorter trips, and was staying on at the finish each time.

Willie Mullins also does well in this, with winners at 25-1, 20-1 (twice), and 10-1 since 2010 and so last year's Triumph Hurdle 7th, Tiger Tap Tap (currently 20-1) might be worth an each-way investment. Solo looks like the one to beat in the Triumph Hurdle (1.30).
Shantou Flyer, second last year, will be even better suited by the underfoot conditions this year and is the each-way call in the Foxhunters (4.10).