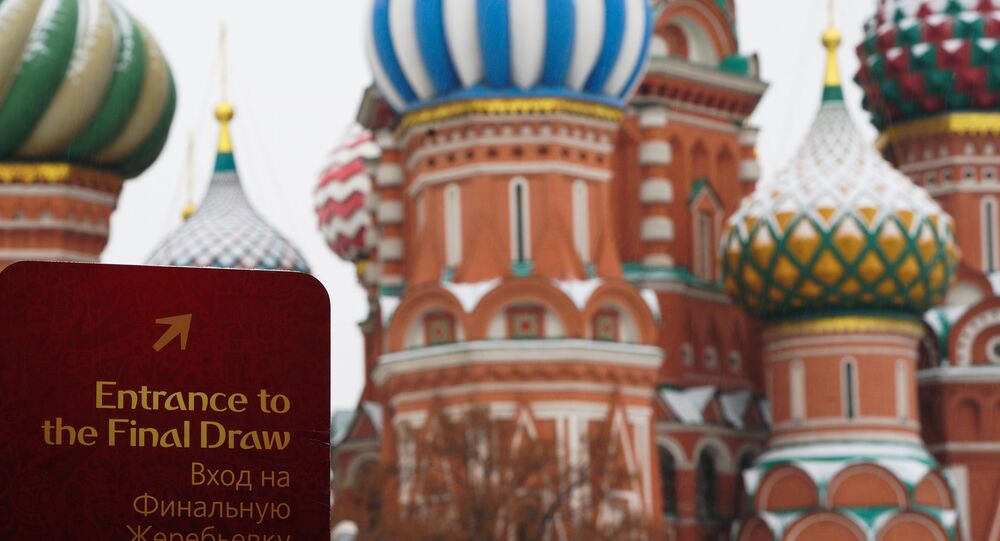 The 2018 World Cup Draw: What to Expect on Friday in the Kremlin

The countdown to the 2018 World Cup in Russia begins in earnest this Friday, when the draw for next summer’s football extravaganza takes place at 15.00 GMT in Moscow’s fabulous State Kremlin Palace.

First some words about the draw. 32 teams will contest the finals which will held at 12 venues in 11 cities across Russia from 14th June- 15th July. The teams will be split into eight groups of four (marked A-H). It won't be an open draw- as the teams are divided into four pots- based on their official FIFA rankings.

Pot One constitutes the top ranked sides in the tournament (Germany, Brazil, Portugal, Argentina, Belgium, Poland and France) as well as hosts Russia- who are automatically placed in position 1, in Group A. England are in Pot Two along with Spain, Peru, Switzerland, Colombia, Mexico, Uruguay and Croatia. The real minnows are in Pot Four- and that includes teams such as Panama, appearing in their first World Cup finals and Saudi Arabia- who have only once reached the knockout stages (in 1994).

Each group will consist of one team from each of the four pots. An additional complication in the draw is that no group can contain more than two teams from UEFA — the European football association- or more than any one team from any other football federation. This is to give each group a truly 'global' feeling.

The top two teams in each group after all the games have been played then go into the last sixteen knock-out stage, which begins on Saturday 30th June 2018.

The permutations are almost endless- but we do already know who won't be playing each other in the group stage. Namely teams who are in the same pot. So England for instance won't have to face Spain, Uruguay or Croatia in the first round of the competition. Russia won't have to play World champions Germany.

Clearly some groups will be tougher than others- but allowing for that- what are the factors we need to be considering when it comes to predicting the winner of the tournament?

Who's Going to Win

This will be the 21st World Cup and some very strong trends from past tournaments can be identified.

1. Focus on the usual suspects.

The World Cup appears wide open with 32 teams theoretically in contention- but time after time it's the same old members of the footballing aristocracy who make it into the final. As I wrote here — in my preview to the 2014 World Cup draw, since its inception in 1930 only eight teams have won the greatest prize in world football. Since 1958 there have only been four first time winners (England 1966, Argentina 1978, France 1998, and Spain 2010) and you have to go back to 1934 and the days of Hitler, Stalin and Mussolini, for the last time both teams were playing in the final for the first time. An incredible 13 of the 20 World Cup finals (65%) have featured either Germany/West Germany or Brazil- while only four finals (and only two since 1938) have not featured either Germany/West Germany, Brazil or Argentina.

The percentage call therefore has to be to zoom in on previous winners- with Germany- who have such a great record in the competition  and France (winners in 1998 and finalists in 2006) making the most appeal, and Argentina and Brazil added to forecasts for the finalists.

If there is to be a first time winner,(or first time finalist) in 2018 then the likeliest suspects are Belgium (a very talented squad who should improve from their showing in the last World Cup) and Portugal, the reigning European champions. Poland, currently available at 50-1, could be set for their best World Cup showing since the early 1980s and shouldn't be under-rated.

2. Host nations tend to do well.

The good news for Russia is that in 20 World Cups the host nation has either won, or finished second or third on 11 occasions (the hosts in 2014 Brazil, finished fourth). Russia don't look strong enough to win the tournament, but with enthusiastic home support they should (given a reasonable draw) make it out of the group stage and perhaps make it to the quarter-finals at least.

3. Prepare for shocks in the group matches.

A familiar pattern has emerged in recent World Cups- surprise results in the early rounds- and then 'normal service' being resumed in the knock-out stages. In 2014 Costa Rica were thought to be the whipping boys in Group D- and were as big as 10-1 to qualify- the highest odds of any of the 32 teams. But they surprised almost everyone by winning the group- and went through along with Uruguay- leaving Italy (4-9 to qualify) and England (8-13) stunned and having to check out the schedules for early flights home.

Algeria (9-2) in Group H performed similar heroics. By contrast Spain (2-11 to win their group), Portugal (8-15) Bosnia-Herzegovina (11-13), and Russia (4-7) all failed to proceed through the group stage as expected. In fact, in only one group (Group E), did the top two teams in the betting make it through to the knockout stage. So the advice for next summer is not to rule anyone out from group qualification.

4. Continental differences are no longer so important.

The trend for 'home' continent teams doing well has weakened in recent tournaments as more and more players ply their trade abroad. Up to 2002 there had only been one example of a World Cup held in one continent being won by a team from another (Brazil in Sweden 1958). But in three of the last four World Cups that is indeed what has happened. From a stats point of view therefore you wouldn't back against a team from South America winning in Russia-but against that the challenge from that part of the world does look relatively weak this time —compared to recent tournaments and a European winner still rates the likeliest outcome.

5. There's always at least one surprise package who goes a long way.

Although we've said the winner of the World Cup is always one of the ‘usual suspects‘, there tends to be at least one team which massively belies its odds and goes deep into the competition.

In 2002, Turkey made it all the way to the semis- in their first ever finals appearance. That same year, co-hosts South Korea- who had never won a World Cup finals match before- also defied expectations to make it to the last four.

Croatia, another team making their World Cup debut, were surprise semi-finalists four years earlier. In 1994 it was Bulgaria who upset the applecart- beating holders Germany to make it to the semis. In 2010 Ghana were just one penalty kick away from becoming the first African team to make the semis, while in 2014 the aforementioned 4,000-1 shots Costa Rica made it to the quarter-finals, where they only lost on penalties to The Netherlands.

2018's dark horses could be the extremely well-organised Iran (250-1) who in August registered a record 12th consecutive clean sheet, or Iceland (200-1), who like Turkey and Croatia before them, will be lining up in the World Cup finals for the first time. England fans, still smarting over their team's shock exit from the 2016 European Championships, will need no reminding of what the doughty Icelanders are capable of.

The World Cup in Russia is now less than 200 days away. Whoever ultimately prevails, one thing's for sure. It's going to be a cracker!