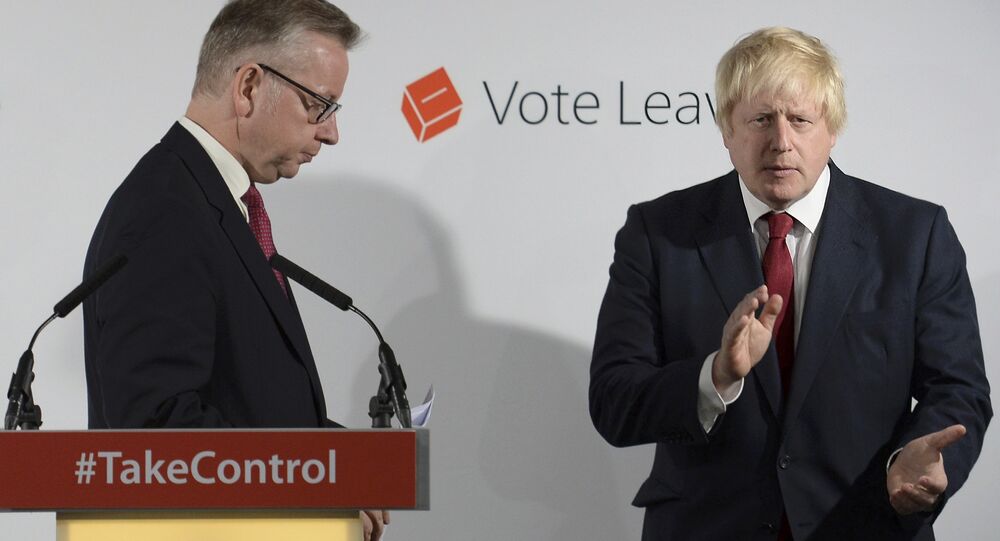 Harold Wilson, British Prime Minister from 1964-70 and 1974-76, famously said that a week was a long time in politics. On Thursday (June 30), morning we saw that fifteen minutes was a long time too.

I was asked early that morning to go on BBC Radio at around 9:15 am to discuss the Conservative Party leadership election. Before I went on air I had a look at the latest bookmakers odds. Home Secretary Theresa May and Boris Johnson, former Mayor of London, were vying for favoritism — both were available at around the even money mark.

Then, the first of two bombshells, Justice Secretary Michael Gove — Boris Johnson's most high profile supporter for the leadership — and fellow Leave campaigner in the EU referendum, announced that he would be standing for the leadership himself. "I have come, reluctantly, to the conclusion that Boris cannot provide the leadership or build the team for the task ahead," Gove said.

In just fifteen minutes, Johnson's odds drifted out to 5-2 and then to 5-1. The second bombshell came later that morning, when at the launch of his leadership campaign, Johnson announced that he would not be standing.

In just three hours, Bojo — as he is sometimes called — had gone from being co-favorite for being next Prime Minister, to a man whose political career looked seriously wrecked.

But What of Michael Gove?

Even those favourably disposed towards the Justice Secretary and newspapers who support him on Brexit, have denounced what has widely been called a shocking betrayal.

Gove is not guaranteed to make it to the final two, in fact, it's rather unlikely given the ill-feeling his intervention has caused — so why did he stab his chum in the back?

If Gove was a nasty piece of work it would be easy to understand, but here's the interesting bit — he isn't. My politics is poles apart from Gove's, but my personal experiences of him have been positive.

Veteran left-winger George Galloway has said that the right-wing Gove was the only politician to go out of his way to ask how he was, after he had been brutally attacked by a pro-Israel extremist in a London street and had to go to hospital.

I am morally obliged to point out that the only leading politician to go out of his way for me after I was attacked was Michael Gove.

Did Gove only discover that Boris lacked leadership qualities in the last few days? Perhaps. Was it because of Boris's Daily Telegraph column in which he downplayed the importance of post-Brexit border controls, which stirred Michael into action? Possibly.

But there's other explanations too.

The key to the puzzle could be media mogul Rupert Murdoch. Gove, a journalist before he entered Parliament, worked for many years at Murdoch's Times newspaper.

ITV's political editor Robert Peston, said that at a Times business summit on Wednesday, Murdoch said he had doubts about Boris Johnson and that he wished Gove would run.

Alistair Sloan — author of an upcoming book "What does Michael Gove really think?" noted on Twitter that Murdoch "vociferously praised" Gove at a gala event in New York, in March. The media mogul said that Gove had "qualities rare in modern politics: integrity, intellectual rigor and, rarest of all, personal courage."

​Why Does Murdoch Favor Gove So Much?

Is it to do with Gove's strong dislike of the EU or is it more to do with his neocon views on foreign policy — he was a strong supporter of bombing Syrian government in 2013 — and the contrast with Johnson's approach? Unlike BoJo, who was labeled a "Putin apologist" by the pro-Iraq war brigade for praising the way Russia had helped the Syrian army to evict Daesh — also known as ISIL — from Palmyra, and for saying that the EU was responsible for the troubles in Ukraine.

Gove is a signatory to the Statement of Principles of the ultra-hawkish Henry Jackson Society.

We've also seen a leaked email from Gove's wife, Sarah Vine, urging her husband not to "concede ground" to Johnson in talks — and saying that Rupert Murdoch (and Daily Mail editor Paul Dacre) "instinctively dislike Boris," but that they trusted Gove's ability enough "to support a Boris/Gove ticket."

The role of Chancellor George Osborne — another neocon — in sabotaging Boris's bid to be Prime Minister also needs to be discussed. We're told — by the Daily Telegraph, that Gove had regular weekly dinners with Johnson's bitter rival during the referendum campaign. On Sunday (June 3), Gove's team briefed the press that Osborne would continue as Chancellor, if Johnson won the leadership election — a claim which Johnson denied.

Things seemed to be decided at around midnight after the Conservative Party summer ball. Nick Boles, who had been part of Johnson's team, was seen "deep in conversation" with Gove. Boles switched his support to the Justice Secretary. Interestingly, like Gove, Boles was a signatory to the Statement of Principles of the Henry Jackson Society.

If May Is to Fail

Whether or not Johnson was the victim of a neocon plot, the intervention of Michael Gove has greatly increased the chances of Theresa May becoming the next Prime Minister.

Available at around even money yesterday, she's now around 1-4. Two of the country's most influential newspapers, the Daily Mail and the Sun have already thrown their support behind her. But while she's easily the most likely winner, we should remember that over the past year or so we've had our fair share of political shocks.

Throughout the referendum campaign, it was odds-on that Remain would win, but they didn't. And last year's Labour leadership election was won by a 100-1 shot, Jeremy Corbyn — a candidate, who the punditerati told us could not win.

@paulwrblanchard @shanedgj (a) Corbyn won't win; and (b) he won't get many 2nd prefs (why would anyone think him 2nd best?)

If May is to fail, then which of the other candidates could defeat her?

33-1 shot Stephen Crabb, the Work and Pensions Secretary who grew up on a council estate, is promoting himself as the "blue collar candidate." He could do better than expected, but his strong support for Remain is likely to count against him in the end (incidentally Crabb, is also a Henry Jackson Society signatory).

Dr Liam Fox, who's 50-1, is a strong Brexiter, but the fact that he had to resign from the government over breaking the ministerial code five years ago is hardly going to enhance his chances.

The strongest opposition to May could come from Energy Secretary Andrea Leadsom. Leadsom had a very low public profile before the referendum campaign, but impressed with her calm and accomplished performances on television debates. She was a strong supporter of Leave and could be the one Brexiters decide to rally behind in the leadership poll.

We don't know for sure who the next Tory leader will be. But after Michael Gove's intervention, it would be quite surprising if in September, Britain did not have its second woman Prime Minister.