Donald Trump Jr.’s appearance earlier this week on Fox News’ “Hannity” raised eyebrows and made many question whether US President Donald Trump’s son had any self-awareness after he went on yet another rant about Hunter Biden’s privilege versus his own. 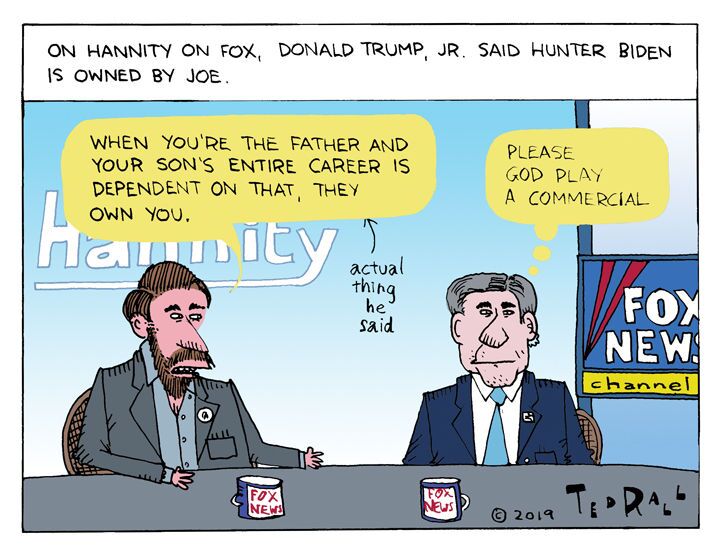 Nepotism and hypocrisy converged earlier this week as Trump Jr. appeared on “Hannity” to list his reasons on why he, the namesake of a self-proclaimed billionaire, is less privileged than former Vice President Joe Biden’s son.

“I’m not going to say I’m not part of who I am because of my father,” Trump Jr., who was handed control over the day-to-day operations of the Trump Organization after his father assumed office, admitted to show host Sean Hannity. “But the difference is, we did it as capitalists. We did it as business people.”

An actual quote from Don Jr about Hunter Biden: "When you're the father and your sons entire career is dependent on that, they own you" pic.twitter.com/KABtg5XzSa

This is not the first time the president’s eldest child has gone on the attack. In fact, Hunter has been a very, very hot topic for Trump Jr. in recent weeks as the mainstream media has focused primarily on the House Democrats’ impeachment inquiry and not so much on Hunter and his father’s past deals.

US and Turkey Agree to 'Ceasefire' While Chicago Teachers March On

US Foreign Policy in the Middle East is an Embarrassment - Professor