On Wednesday, now-retired special counsel Robert Mueller held an abruptly announced press conference to provide further clarification on the findings from his team’s two-year investigation into US President Donald Trump’s team’s alleged collusion with Russia in the 2016 presidential campaign. 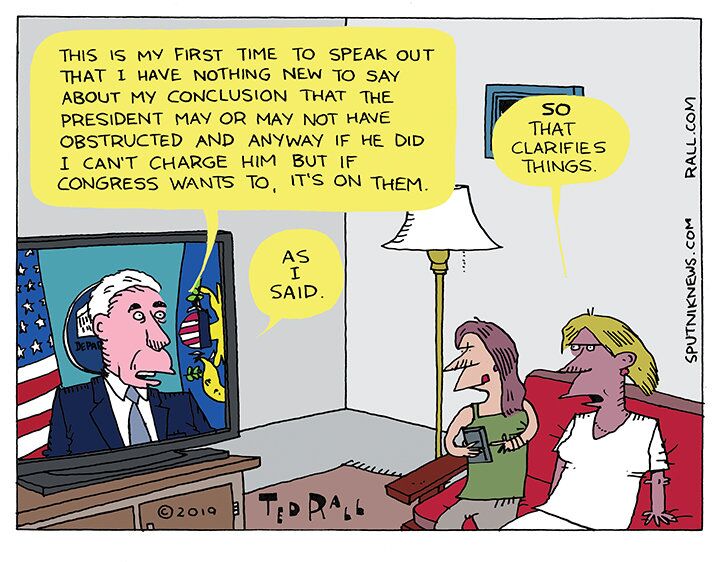 Those waiting with bated breath for Mueller to deliver game-changing remarks concerning his office's probe into Trump's 2016 campaign team had hopes dashed as the former FBI director merely summarized the readily available text.

During his presser, the former special counsel reiterated the responsibility he undertook by leading the probe.

In addition to his audible Sparknotes version of his four-page report, he also made sure to note that he does not question Attorney General William Barr's "good faith" in handling the results.