Wednesday afternoon, US President Donald Trump called a press conference to blast Speaker of the House Nancy Pelosi and other Democrats, who met earlier that morning for a series of presentations concerning the president and his alleged “cover-up.” 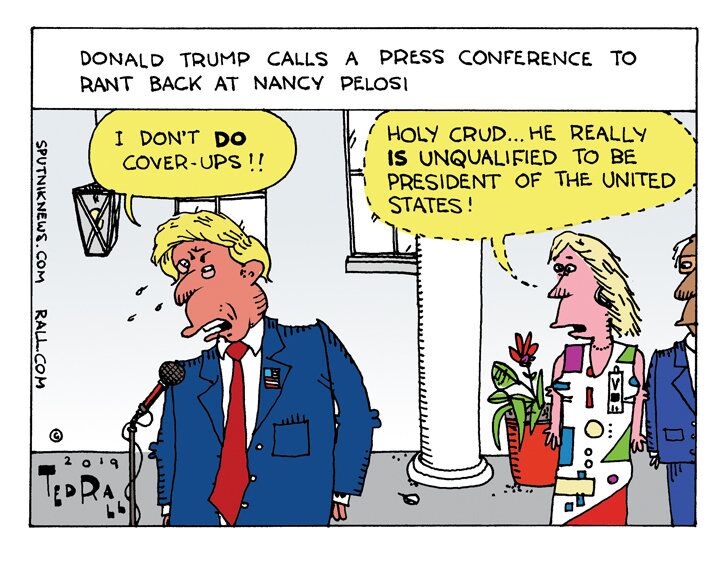 Trump held an impromptu press conference in the White House Rose Garden shortly after cutting his meeting short with Pelosi and Senate Minority Leader Chuck Schumer. Speaking to reporters, Trump, with a Mueller investigation infographic in hand, claimed he was completely exonerated, asserted that he doesn't do "cover-ups" and slammed Democrats, saying they were the ones who actually committed a crime for carrying out so many probes.

The Donald did not stop there, however. Trump's Twitter fingers took over, and the US president composed a four-tweet statement proclaiming Democrats were "tearing the United States apart" and that it would be impossible for them to "investigate and legislate simultaneously."

#Trump: “I don’t do cover-ups.” Also, look at my signature on this check paying for a cover-up. pic.twitter.com/3RsYppphG3

Earlier today, Sputnik reported that Pelosi and Schumer's meeting with Trump began with a brief mention of infrastructure, only to quickly dissolve into a conversation about Pelosi's Wednesday morning assertion that a number of Democrats believe the president has something to hide.