Though Washington has yet to ground the Boeing 737 Max 8, US President Donald Trump did take to Twitter to express his own view concerning the recent fatal crashes by the aircraft. 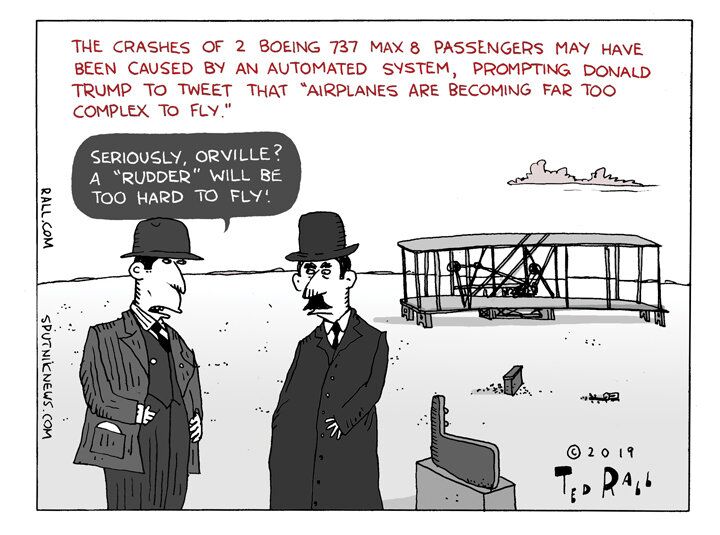 Still not one for proofreading, the president decided to put his Twitter fingers into action Tuesday morning in response to the recent groundings of the Boeing 737 Max 8 across the globe.

Although Trump has never been one to call himself tech savvy, 45 asserted that "computer scientists from MIT" are the only individuals possibly capable of taking on the task of flying a plane.

Despite Senators Ted Cruz, Elizabeth Warren, Mitt Romney and Richard Blumenthal all calling for the Boeing aircraft to be grounded until a proper investigation can take place, the US, as of Tuesday, remains committed to utilizing the Boeing 737 Max 8.