Exactly 10 months after the 2018 Women’s March across the US, women (and allies) of all backgrounds are being called upon to march on the Pentagon October 20 to 21 in an effort to “demand an end to the bipartisan war machine.” 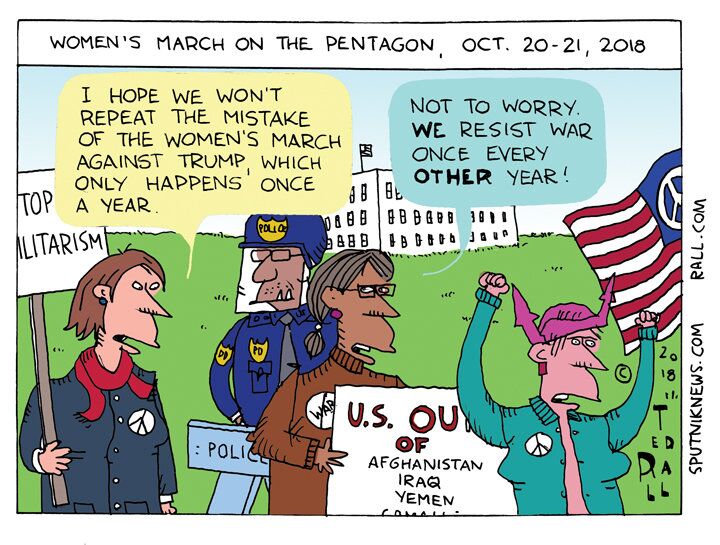 Having dubbed the US government a "imperialist war machine that is wreaking havoc daily on the environment, on women and on families abroad" in a video, the 2018 Women's March on the Pentagon is coming to Washington, DC, this weekend.

According to the march's website, the demonstration is meant to not only oppose current US military aggression, but also highlight the need for an anti-war agenda to return to the forefront of activists' minds.

By no mistake, the march also falls on the anniversary of October 21, 1967, when an estimated 50,000 people took to the Pentagon in opposition of imperialistic US efforts in Vietnam.

With the exclusion of conservative women being one critique of past women's marches, this particular solidarity movement appears to make it clear that their message and demonstration is nonpartisan and views both major parties in US government as contributors to the current militaristic reality.

Women March Against War at the Pentagon, Walter Rodney Remembered