US President Donald Trump was met with outbursts of laughter during his Tuesday speech to the UN General Assembly, after claiming his “administration has accomplished more than almost any administration in the history” of the US. 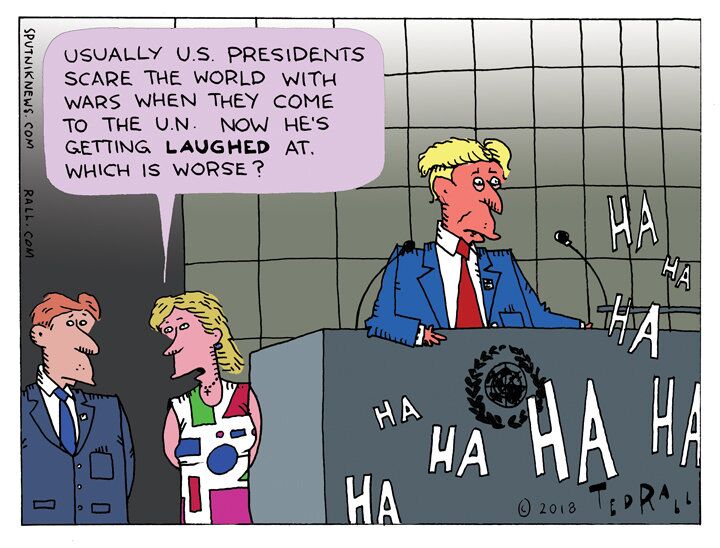 During his solo news conference Wednesday, Trump, perhaps forgetting that the raw footage was readily available for the public, attempted to change the narrative of what brought about the laughter almost 24 hours earlier.

"They didn't laugh at me. People had a good time with me. We were doing it together. We had a good time. They respect what I've done. The United States is respected again."

Despite Trump's attempt to spin the embarrassing gaffe, even Fox News, which Trump showered admiring praises at on Wednesday, did not deny the US president was the subject of laughter. Moreover, Trump himself, immediately after the first few chuckles, said he "didn't expect that reaction," but it was "OK" anyway.

Definitely a far cry from a Trump rally.