No ‘Resistance’ to Bloody Gina

In a 10-5 vote Wednesday, both Democrats and Republicans in the US Senate Intelligence Committee moved to advance the nomination of “Bloody” Gina Haspel for CIA director to a full Senate vote. 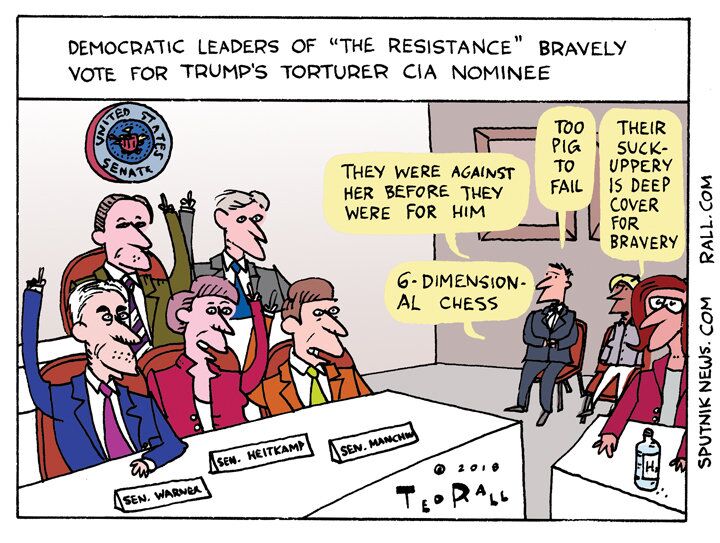 While there are many partisan issues that face members of the Senate Intelligence Committee, it would appear that Haspel becoming director of the secretive spy agency is not one of them.

Democratic Senator Mark Warner, vice chairman of the Senate Select Committee of Intelligence, notably supported Haspel in the Senate Intelligence vote after receiving a letter from the overseer of torture.

"With the benefit of hindsight and my experience as a senior Agency leader, the enhanced interrogation program is not one the CIA should have undertaken," penned Haspel to Warner, later stating she would "refuse to undertake any proposed activity that is contrary to my moral and ethical values."

With Senate confirmation ahead, it appears Haspel's nomination will clear the floor with at least five Democrats joining Republicans to vote in her favor. Republican Senator John McCain stands as one of two GOP members opposed to her appointment as CIA director, referencing Haspel's "disturbing role in overseeing the use of torture by Americans.