From President to Penthouse 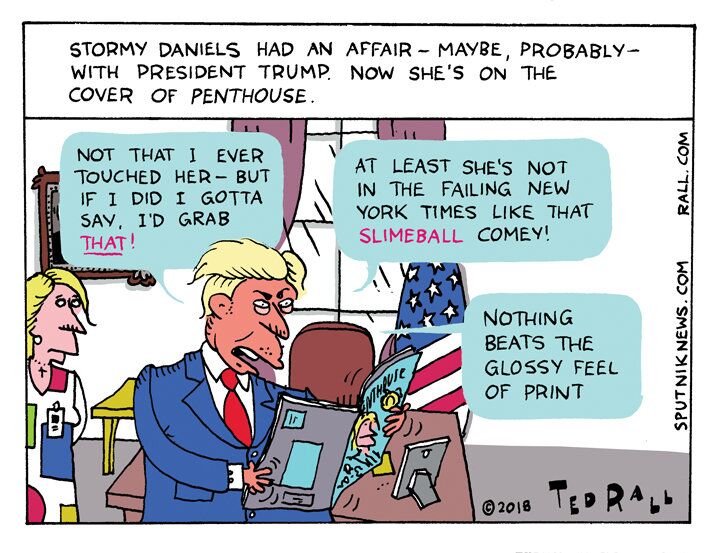 Stormy Daniels, whose real name is Stephanie Clifford, is making the most of her name being a trending topic. In addition to making an explosive appearance on daytime talk show "The View," Clifford is now a covergirl and "pet of the century" for Penthouse magazine.

Although the amount Daniels was paid for the feature story and photoshoot remains disclosed, one source told the New York Post that "she answers a lot of questions about Trump that Anderson Cooper didn't ask."

This announcement comes amid Daniels' lawyer, Michael Avenatti, revealing the possibility of suing Trump for defamation due to a recent tweet calling the affair accusations and subsequent interviews a "con job."