Whips and Chains Indict Me

An extramarital affair involving Missouri Governor Eric Greitens has come to light, and the ex-husband of the woman in question is accusing the governor of blackmail and assault. 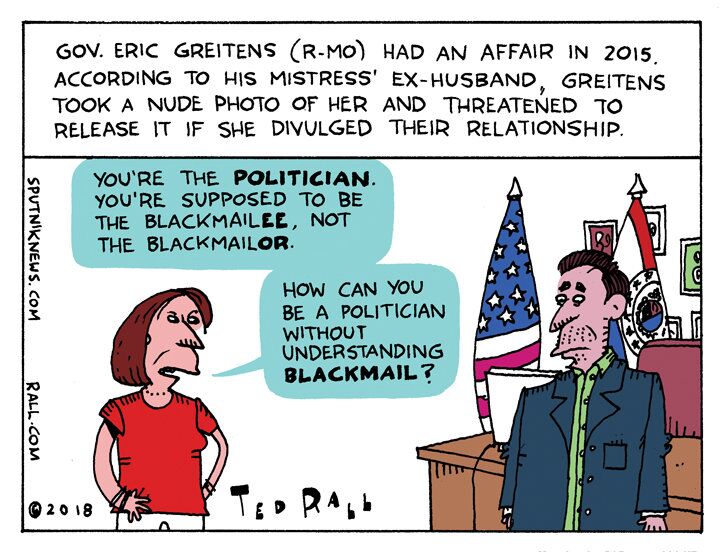 Following a KMOV segment detailing Greitens' infidelity through voice recordings, the governor later confirmed to the news station Wednesday night that he had an extramarital affair with the woman in question some three years ago.

However, the governor, who labels himself a "proud husband and father," and his lawyer released a statement vehemently denying allegations of anything criminal taking place during the affair.

"He took a picture of my wife naked as blackmail. There is no worse person," said the ex-husband to KMOV.

Despite Greitens' denial of the allegations of blackmail and assault brought against him, a St. Louis circuit attorney opened an investigation Thursday to dissect the evidence brought forward by the woman's ex-husband. It is unclear whether the woman in question plans to come forward.