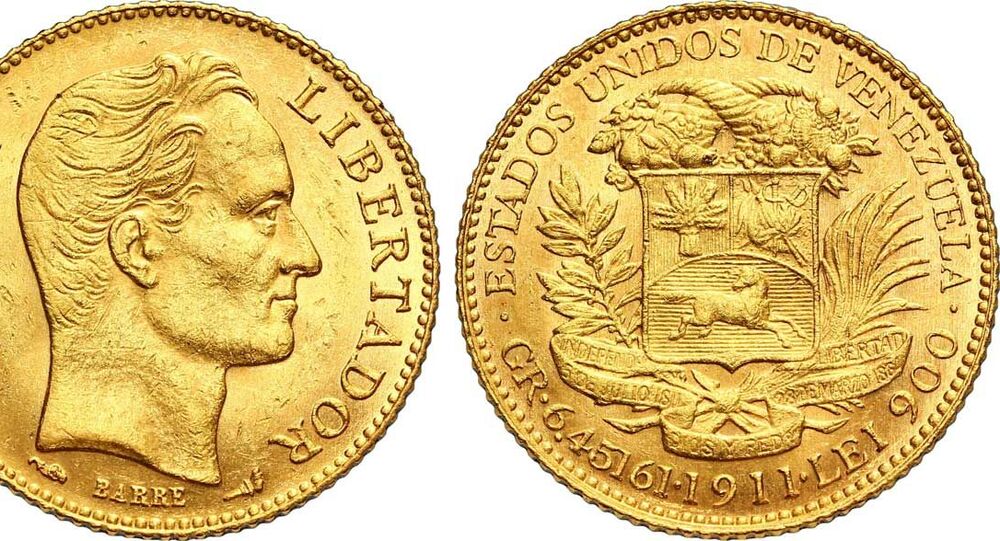 The failure of the January 2019 Venezuelan coup attempt by opposition leader Juan Guaido prompted the US and its Latin American and European allies including Britain to seize tens of billions of dollars’ worth of Venezuelan government assets abroad, ranging from oil companies to gold bullion. Caracas has fought to get these assets back.

The British government has reiterated its continued support for Juan Guaido in the legal campaign for the estimated $1.2 billion in Venezuelan gold bullion stuck in a Bank of England vault.

“The UK government is clear that Juan Guaido has been recognized by Her Majesty’s Government since February 2019 as the only legitimate President of Venezuela,” the Foreign and Commonwealth Office said in a statement late Monday.

The statement came as Britain’s Supreme Court started hearings Monday to determine whether the Bank of England should be made to transfer the gold, which represents about 15 percent of Venezuela’s foreign currency reserves, back to the democratically-elected Venezuelan government of President Nicolas Maduro, or allow Guaido’s self-proclaimed ‘government’ to claim it.

In its statement, the FCO referred to the Maduro government as “the illegitimate Maduro regime” and stressed that it would oppose any gold transfer back to Caracas.

© AP Photo / Ariana Cubillos
UK Foreign Chief to Intervene at Supreme Court Over Venezuelan Gold Litigation, Lawyers Say
“The UK government has the right to decide who to recognize as the legitimate head of a foreign state. The UK recognizes Juan Guaido as President of Venezuela and consequently he is the only individual recognized to have the authority to act on behalf of Venezuela as its head of state,” an FCO spokesperson said. “Venezuela needs a peaceful transition to democracy with free and fair elections, both legislative and presidential,” the spokesperson added.

In its formal argument to the Supreme Court, the UK government bases its argument on the principle of recognition, and cites decades of British foreign policy going back a century to conclude that foreign assets seized by the UK cannot be transferred back to their respectful owners if the UK does not recognize those owners’ authority over their countries.

Leigh Crestohl, a lawyer representing the Venezuelan government, suggested that the British government’s politicized position threatens to mar the reputations of both the City of London and the Bank of England.

“International observers to this case may be surprised by the possibility that a unilateral statement of political recognition by the UK government can dispossess a foreign sovereign of assets deposited in London without any recourse in the English Court,” Crestohl said in a statement. “This is all the more so where that recognition ignores the reality on the ground.”

© REUTERS / John Sibley
The Bank of England and the City of London financial district in London, Britain, November 5, 2020

Caracas has sought the repatriation of its 31 tonne stockpile of gold from the UK since late 2018, first approaching the Bank of England to do so in December of that year. The BoE stalled, allowing 17 tonnes of gold to be returned, but keeping its hands on the remaining 14 tonnes. In January 2019, when Guaido proclaimed himself the country’s president, London proceeded to ignore Venezuelan government requests altogether.

Guaido’s ‘government’, already accused of plundering hundreds of millions of dollars in Venezuelan government assets transferred to its control, wants the remaining gold to be handed over to its control.

The British Supreme Court battle comes in the wake of London’s rejection of an earlier ruling by a lower court which concluded in October 2020 that the gold belongs to the Maduro government.

© AP Photo / Matias Delacroix
‘Not Justified’: UN Special Rapporteur Calls on Nations to Lift ‘Devastating’ Venezuela Sanctions
Maduro was reelected for a second term as president in May 2018. In January 2019, weeks after his second inauguration, opposition leader Guaido proclaimed himself the country’s ‘interim president’ and called for protesters and the army to topple Maduro. Guaido was immediately recognized by Washington and its Latin American and European allies, while Russia, China and others dismissed Guaido’s claim to power. Washington seized tens of billions of dollars in Venezuelan government assets abroad, including cash and gold stuck in vaults, and Citgo, the US-based subsidiary of Venezuela’s national oil company, PDVSA.

Some of these assets have since been quietly transferred to Guaido’s control, leading to scandals as funds and USAID cash were siphoned off and embezzled into private accounts. Amid these scandals, Venezuelan Prosecutor General William Saab has accused Guido and his supporters of acting less like an opposition and more like a “mafia.”