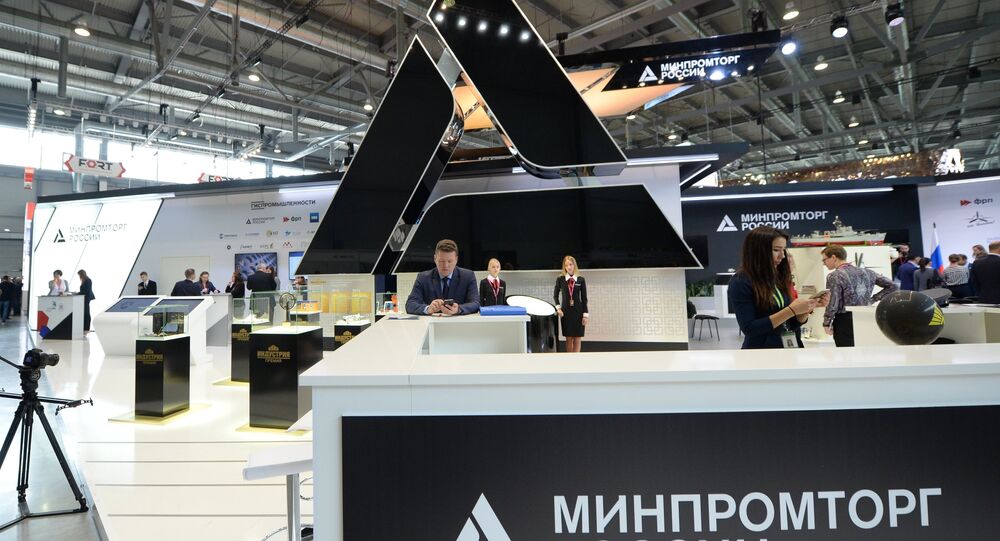 The Russian Export Centre (REC) and the Council of Slovak Exporters have negotiated an agreement that will help entrepreneurs in the two countries find partners more quickly, the REC said.

Within the framework of the international industrial trade fair "Innoprom 2021", Vice President of the REC Group Maxim Kobin met Chairman of the Council of Slovak Exporters Lukas Parizek.

"During the meeting, we agreed to develop and sign a special agreement on information exchange between export promotion institutions, which will solve the problem of low demand for Russian producers among Slovak importers", a message said.

© Sputnik / Pavel Lisitsyn
A visitor walks past Rostec's stand at the attends the Innoprom International Industrial Fair, in Yekaterinburg, Russia

According to Parizek, Slovak entrepreneurs lack the necessary information about trade with Russia as well as about those sectors of the economy where they can find reliable partners. Kobin confirmed that the lack of up-to-date information hampers the realisation of foreign trade potential.

Parizek added that the Council of Slovak Exporters is interested not only in supporting Slovak exporters in the Russian market but also in developing relations with Russian entrepreneurs in terms of purchasing goods and developing joint projects in third countries.

Summing up the results, Parizek said that "we agreed to conclude a cooperation agreement with the Russian Export Centre". Furthermore, he noted that the agreement will allow development institutions to exchange information quickly, which will be beneficial for business representatives of both countries.

For 2020, the REC group, in cooperation with Slovakia, provided Russian companies with insurance in the amount of $412.3 million and in the first five months of 2021 - $34.6 million. As part of non-financial support in 2020, Russian companies used export support services. The supported export volume in this regard amounted to $20.5 million.